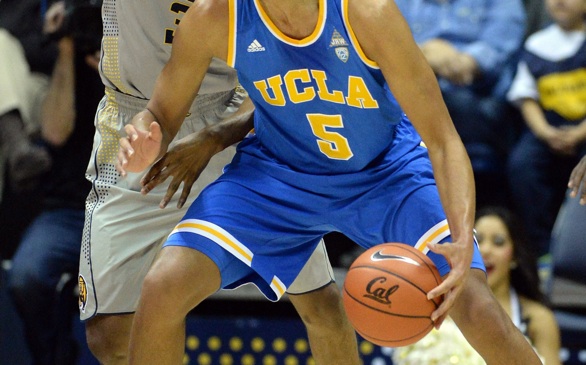 UCLA Coach Steve Alford was asked after Saturday’s loss to Stanford how long the Bruins could be considered in the race for the Pac-12 basketball championship.

But there was a more complicated issue dangling out there. UCLA came home from the Bay Area with a split on the road for the third time in Pac-12 play.

The Bruins will need help -- a lot of it -- to repeat as conference champions.

Beyond that, though, lurks the postseason. A split in the NCAA tournament sends a team home.

Linking back-to-back quality performances away from home is required to go beyond the first weekend in the tournament, something that the Bruins have not done since 2008.

So far, the Bruins haven’t been able to sweep away from Pauley Pavilion. They lost to Utah, Oregon State and Stanford to finish their three Pac-12 road trips beyond the Los Angeles city limits.

Alford put a good spin on the Stanford loss, pointing out that the Bruins came home in second place in the conference, and noting that “we haven’t lost any ground from that standpoint.”

Later that night, the Bruins did lose significant ground. Arizona’s victory over Colorado gave the Wildcats a two-game lead with four games remaining.

If Arizona splits its games, UCLA will have to go undefeated to get a share of the Pac-12 title.