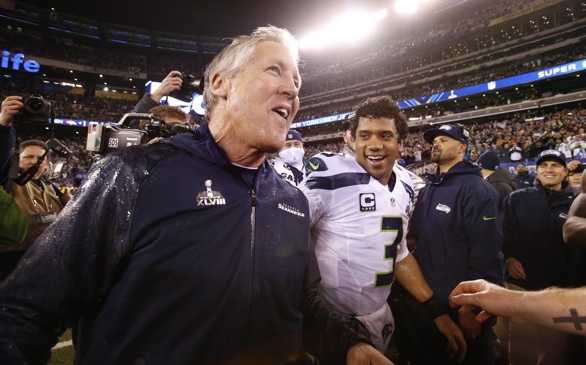 Carroll, who won two national titles as USC's head coach, talked about overcoming adversity, remaining positive in the face of pressure, going above and beyond in your work, and more.

As Carroll went into a story about an nonathletic receiver who used to play for the team, comedian Will Ferrell came onstage and surprised the crowd, identifying himself as the uncoordinated football player.

The Daily Trojan also reports Carroll voiced his disapproval towards the NCAA during a post-event press conference when discussing the controversial sanctions that were put on USC. He reportedly said he "had no idea what was going on" and he "felt like it was dealt with very poorly, very rashly and done way too much with emotions instead of facts."

He added, "Unfortunately, the kids who played in the program after the fact were the ones who got held down."