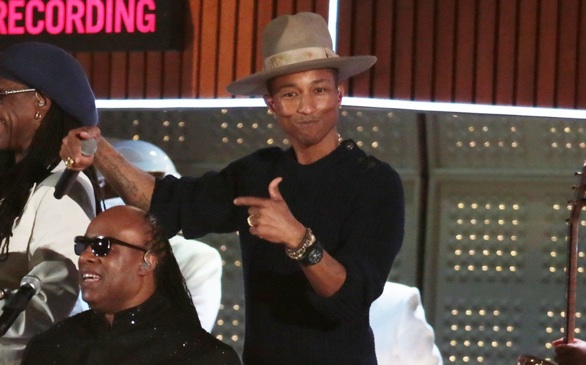 The singer's Oscar-nominated "Happy" single, which he will perform this Sunday at the Oscars, has become the No. 1 song in the country this week, topping Billboard's Hot 100 chart. This is his first Billboard Hot 100 No. 1 hit as a lead artist.

The single is off Williams' upcoming album, G I R L; it will be available worldwide Monday, March 3.

According to MTV, some fans are expressing their disappointment that the album art features three beautiful women and none of them are black. Citing bloggers and Twitter users, MTV reports some tweets have conveyed anger and outcry, while others showed their support for Williams' cover choice.