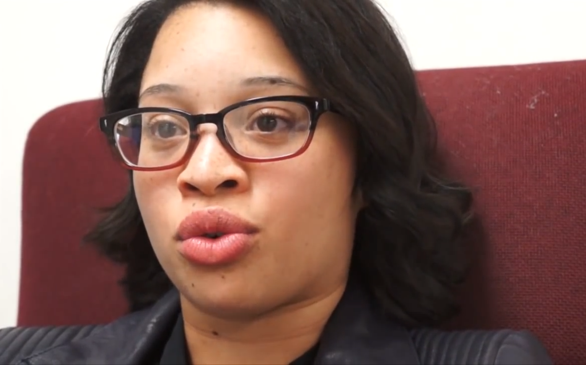 Students and black organizations are feeling some backlash since the '33' video released.
(Credit: YouTube)

Earlier this month, a group of UCLA black law students talked in a video about the university's lack of diversity at its law school. Since then, the Huffington Post reports black student organizations' flyers have been pulled down and one student even received hate mail.

The student reportedly received an anonymous note in her mailbox that read, "Stop being a sensitive ni**er."

UCLA police spokeswoman Nancy Greenstein reportedly told the Huffington Post, "When it comes to hate crimes on our campus, we always go the extra mile in the investigation."

Currently, UCLA only has 33 black law students at a school filled with 1,100 students total.

Since the "33" video released, students have created a petition addressed to UCLA dean Rachel Moran. Moran told the Huffington Post she met with students and "was happy to share that the law school is making progress on a number of fronts to promote diversity and racial tolerance."