Top 5 Rom-Coms to Watch on Netflix 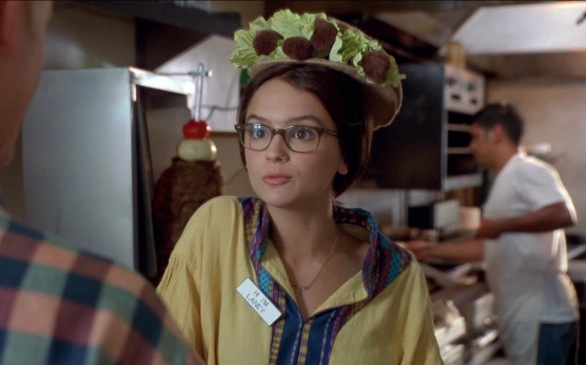 Watch Laney Boggs transform into a nobody to a knockout in She's All That.
(Credit: Facebook.com/ShesAllThatMovie)

It's movie night, and let's face it -- RedBox is too far away, and you don't feel like spending money to watch the newest releases offered On-Demand. So, you turn to your truest and steadiest companion during dilemmas such as these: Netflix.

Despite the vast array of films and shows available on Netflix, it can often feel as though the search for the perfect rom-com is as hopelessly endless as your search for someone to date. (Note: not even a boyfriend. Just a good-enough looking guy who can keep you engaged through an entire dinner, maybe a movie.)

In an effort to synthesize this process for those desiring a night, or day, on the couch, these romantic adventures have been gathered to ensure that your time spent cuddling with the remote control will truly be worthwhile.

*film descriptions courtesy of our beloved Netflix itself.

She's All That (3 ½ stars)
In this charming teenage spin on "Pygmalion," jock and class president Zack Siler accepts his friends' bet to make over the geeky, bespectacled Laney Boggs into a prom queen beauty. But along the way, Zack falls in love with his sparkling creation.

13 Going on 30 (2 ½ stars)
It's 1987, and geeky Jenna wants to be popular. When her 13th birthday party goes awry, and she makes a wish that she could just be 30 already, she wakes up to discover she's flash-forwarded 17 years. Now a successful magazine editor, Jenna finds out that being an adult isn't all it's cracked up to be.

Adventureland (4 stars)
Unable to afford the European vacation he'd dreamed of, recent college graduate James Brennan reluctantly takes a summer gig at an amusement park, only to learn that the dead-end job is excellent preparation for the real world.

Runaway Bride (2 ½ stars)
Commitment-phobic bride-to-be Maggie Carpenter has already left three men at the altar when sexist newspaper columnist Ike Graham writes an offensive, inaccurate story about her -- and will get fired unless he talks to her in person.

Failure to Launch (3 stars)
In a desperate attempt to push their thirty-something son Tripp out of the nest, a frustrated mother and father hire a beautiful "relationship consultant" with a patented plan to move him out of the house.