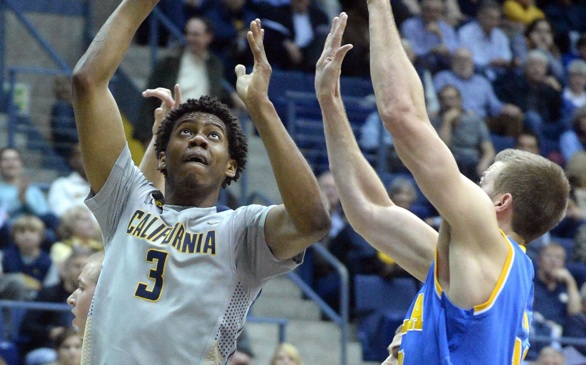 Even adjusting for the Bruins’ pace — 27th in the country, first in the conference — it’s one that could be cause for concern. Opponents have scored 34.7 percent of their points from beyond the arc, the seventh-highest rate in college basketball. The schedule doesn’t forecast any relief. Oregon, which visits Pauley Pavilion at 8 p.m. on Thursday, is second in the conference with 506 3-point attempts, on which it shoots a third-best 38.9 percent.

The flaw isn’t entirely schematic, either. UCLA (21-6, 10-4) started out using a zone defense out of necessity through the early part of this season, but has trended away from that over the last month.

By head coach Steve Alford’s estimation, his team has used man defense in about 70 percent of its past six or seven games. Yet, Stanford made 11 of its 20 attempts from long range last Saturday, the most any Pac-12 team has made against the Bruins.

When queried by reporters, Alford didn’t seem particularly worried about the number of 3-pointers his team allows — just the quality.

“I think we give up too many easy ones,” he said. “If we could make teams shoot more threes, take away more of the inside, I’d be much more in favor of that just because the percentages are going to be in our favor. ...

UCLA big man Tony Parker’s 13-point outing at Stanford last Saturday was his best offensive showing in nearly a month. It also included just one foul — his first game with less than two since Nov. 24. It’s part of a small but not insignificant trend.

Through his first seven Pac-12 games as a sophomore, Parker committed 9.26 fouls per 40 minutes. Through his last seven, he committed 6.85. While the latter number still puts him last on the team’s eight-man rotation, the 6-foot-10 forward appears to be getting a little more comfortable with how to use his frame.

“He’s not fouling in transition, which is something that’s been good,” Alford said. “In the post, he’s just using his strength more versus leaning on people. I think he got in trouble early in the season when he was leaning on people.”

Oregon guard Damyean Dotson, who averages 10.7 points per game, may not be available for the Ducks at UCLA. The 19-year-old sophomore was cited last week for using a fake ID at a Eugene bar, and head coach Dana Altman has not made a public decision on his status.

“I’ve worked with young men a long time and I know that at times they make mistakes, so I take into account very much their history and measure the good against the bad,” Altman told The Oregonian this week.