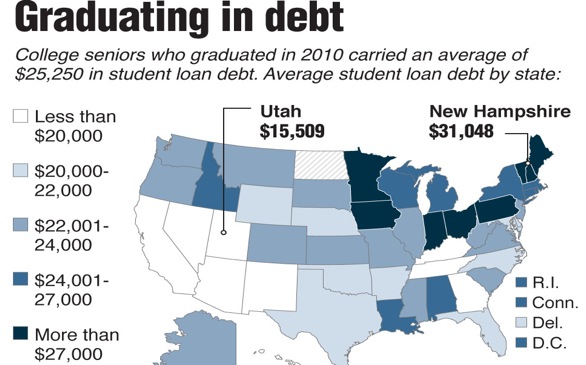 Student loans are proving to be more troublesome, not just for the students but also for the entire economy as well.

According to Time magazine, student loan debt can negatively affect the overall economy. With students owing thousands of dollars, and even hundreds of thousands of dollars, they will be less likely to contribute to the economy by making big purchases such as buying a house, a car, and other goods and services.

One economist told Time, "My personal view is that the increasing reliance on student loans for financing college education is going to be a drag on consumption for some time."

American students' debt has increased exponentially within the last 10 years, reports Time. In 2003, students owed $253 billion in aggregate debt; in 2013, the number increased by 300 percent to a staggering $1.08 trillion!