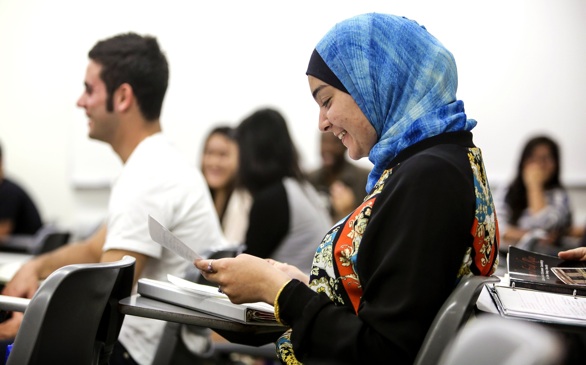 They are called "student success fees" and they offer the promise of more classes and programs and improved graduation rates for thousands of California State University students. But critics say they are a thinly veiled attempt to shift more education costs to students — without increasing tuition.

Campuses in Fullerton, Dominguez Hills, Fresno and San Diego all are considering these charges, ranging from $200 to $500 per semester.

If approved, those Cal State campuses will join others in the East Bay, Long Beach, Los Angeles, Northridge, Pomona, San Bernardino, San Jose, San Luis Obispo and San Marcos, which already are charging such fees. They were among the first to do so — most beginning in 2011 amid deep state budget cuts.

The "success fees" are a relatively recent phenomenon that troubles many opponents, who argue that students shouldn't have to pay extra for instructional programs that should be included in tuition. The most recent proposals also flout promises made to lawmakers and the governor to freeze costs in return for additional state funding, they contend.

The charges "might be a way for campuses to do an end-run around the tuition freeze, and we want to make sure the system is still truly affordable," said Miles Nevin, executive director of the California State Student Assn.

Despite increased state funding this year, campus leaders say their universities haven't recovered from years of cuts that amounted to $1 billion systemwide. They say they are being forced to look to students to help pay for more class offerings, upgraded classrooms, faculty hiring, expanded counseling and other services. Typically, these are covered by tuition and state funding.

The universities also are under increasing pressure to improve retention and graduation rates — efforts that officials maintain don't come cheaply.

"We have to look to high-impact practices such as increasing advisement, supplemental instruction, expanding library services and internships," said Berenecea Johnson Eanes, vice president of student affairs at Cal State Fullerton, which is proposing a $481 annual fee increase that would be phased in over three years. "But the budget situation for the state is still tenuous."

Annual tuition at Cal State's 23 campuses — $5,472 — is set by the Board of Trustees and has not risen in three years; room, board, transportation and other expenses can increase the total cost of attendance to more than $25,000 annually at such campuses as San Diego State University.

Aside from tuition, individual campuses can seek approval from the chancellor to charge mandatory enrollment fees for such student services as health centers, student government and laboratory equipment.

The so-called success fees, however, have sparked debate at dozens of campuses across the state. Sonoma dropped its proposed $250-per-semester fee last month after vigorous student and faculty dissent.

Opponents submitted a petition of more than 1,200 signatures that included a pledge declaring they would never donate to the university if the fee were adopted, sociology professor Peter Phillips said.

"State colleges used to be free, and now students have to pay $7,000, $8,000 or $9,000 to go to an institution and come out with huge debt," Phillips said. "This was very concerning to us because we think it would hurt diversity and price a lot of students out of the campus."

Carie Rael, 26, a graduate student in history who has two full-time jobs, said the proposed $240.50 per semester fee at Cal State Fullerton would be a strain. She said she feared she would have to put in even more work hours and would risk lowering her straight-A grades.

"It was kind of shocking that all of a sudden this huge fee was being proposed," Rael said.

Assemblyman Marc Levine (D-San Rafael) called the success fees a "mistake" and said he planned to meet with Cal State Chancellor Timothy P. White, who must approve the new fees, to discuss the issue.

A new report from the nonprofit California Budget Project found that even with funding increases of $142.2 million in Gov. Jerry Brown's proposed 2014-15 budget for Cal State and the University of California, state support would remain nearly one-quarter below pre-recession levels.

Tuition and fees have increased dramatically since 2006 — 91% at Cal State and 74% at UC, the report found.

A spokesman for Brown declined to comment; the governor had made holding costs stable a condition of a proposed multiyear funding plan.

The fees already in place include $786 this year at Cal State East Bay, scheduled to increase to $891 next fall for services such as tutoring and updating classroom technology. San Bernardino students pay $162 annually for expanded advising and campus technology.

Many campus officials argue the need to keep pace with sister institutions. Dominguez Hills, which is proposing a $280 per semester fee, has the second lowest level of mandatory fees in the system, President Willie Hagan said. The proposed new fee would take effect next fall and bring in about $7.5 million annually for additional faculty, upgraded classrooms, sports and other needs.

"We have a student body that deserves to have the best education we can provide," Hagan said after a recent forum. "We're in an area where there are a lot of underserved school districts, where students are dealing with crime, poverty and families to care for and they need more support. As president, I feel like I can't sit back and say, well there is a potential solution, but I'm not going to go down that path."

During the meeting, students questioned whether other options for raising revenue had been exhausted. Nearly all agreed with psychology major Robert DeWitz that the campus should allow students to vote on the fee hike. (Hagan has said that he would not rule out a referendum.)

"The students need to see the issues from all sides to make an educated decision," DeWitz said.

The chancellor's office has said that a student referendum is the preferred process, but campus presidents have the option to gather input through forums and an advisory committee before deciding whether to send a proposal to the chancellor.

Many students are concerned that financial aid will not cover the proposed fees. Though Cal Grants only cover tuition, a combination of other grants, scholarships, fee waivers and loans would help most students, said Cal State spokesman Mike Uhlenkamp.

Dominguez Hills student Leslie Garcia said that after paying for tuition, the $500 left in financial aid barely covers books, a parking pass and other school costs.

"I think the whole thing is ridiculous," said Garcia, who works two part-time jobs and is taking six classes. "At the end of the day, we don't know how the money is going to be spent and whether it is really needed."

Some campuses, such as Cal Poly San Luis Obispo, have embraced success fees. In a student referendum there, 57% of participants voted to approve it. The fee was phased in beginning at $160 per quarter in fall 2012. It was then increased to $210 per quarter in 2013 and will be $260 per quarter next fall. The university expects to bring in about $14.6 million.

More classes are being offered to students, and the four-year graduation rate has inched past 40%, said Stan Nosek, the school's interim vice president for administration and finance.

The fee came before voters approved Proposition 30, Brown's 2012 ballot measure that temporarily raised some taxes for education and other services.