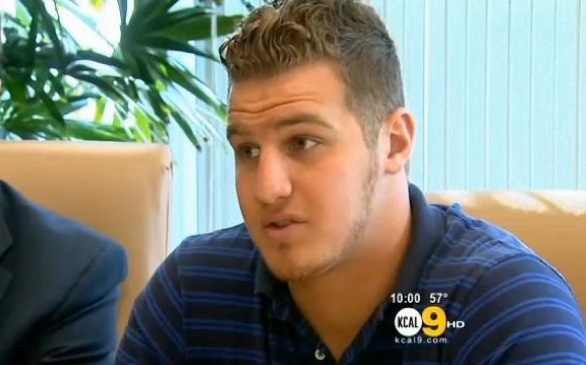 The former UCLA water polo player was reportedly charged with forcible rape, false imprisonment by violence, possession of matter depicting a minor engaging in sexual conduct, sexual battery by restraint, sexual penetration by a foreign object and assault with intent to commit rape.

The assaults allegedly occurred between October 2012 and April 2013, and involve three victims.

The Glendale native was arrested in April 2013. Soon after his arrest, friends and family members created a video called "Hakop Kaplanyan - Innocence 2013" where they shared their thoughts on the former player, calling him honest, caring and intelligent.

UCLA suspended Kaplanyan following his arrest, and he was unsuccessful in appealing the suspension.