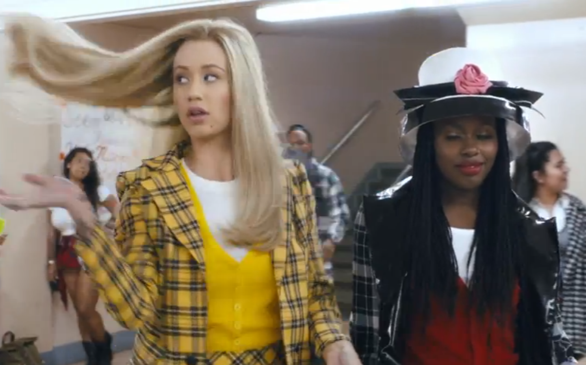 '90s babies everywhere can appreciate Azalea's dedication to re-enacting the cult film. Most of her outfits are identical to Cher's: there's the black and white gym T-shirt and short ensemble and, of course, she dons the iconic yellow plaid skirt with the matching jacket.

Azalea raps in notable scenes from the movie, including the scene where Cher gives her speech in debate class, stands in line on the tennis court and goes to the house party alllll the way in the valley.

To top it off, Azalea even has extras in the film that portray Dionne, Amber and Murray! Charli XCS is featured on the song, so naturally she's in the video as well; we're assuming she's playing Brittany Murphy's famed role as Tie.

And check this out: USC's very own competition cheer team had the chance to be a apart of the video also. Fight on!

Check out the video above, and tell us what you think!