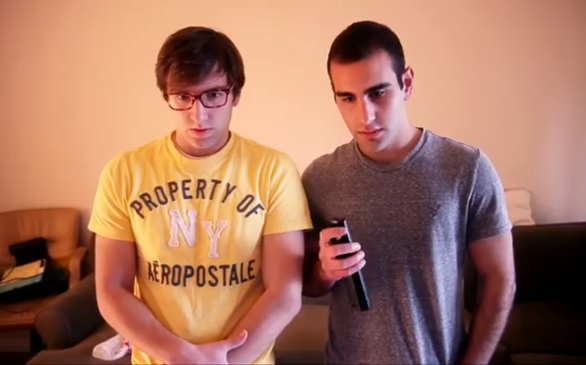 According to LA Weekly, Antonir and Assam-Miller call themselves Almost Cool, and their web series depicts the typical life of a male college student in just three minutes. The two have accumulated more than 95,000 subscribers on their YouTube channel, and the number keeps growing day by the day.

The web series has been going strong with more than 1 million total views since it was first uploaded back in November 2013.

“Long Story Short” is funny, fast-paced and deals with classic college student situations with a refreshing modern twist. For example, the webisode titled “I Had to Write an Essay” turns into a hilarious story that includes procrastination, eating, a Jacuzzi and a power outage.

However, my personal favorites are “I Couldn’t Fall Asleep” and “I Went to a Boxing Class.” They’re witty, well-scripted and just plain comedic. Often times when I watch YouTube clips that try to be funny, they fall flat because the people in the clips are trying way too hard to draw laughs. I was pleasantly surprised by this entertaining web series.