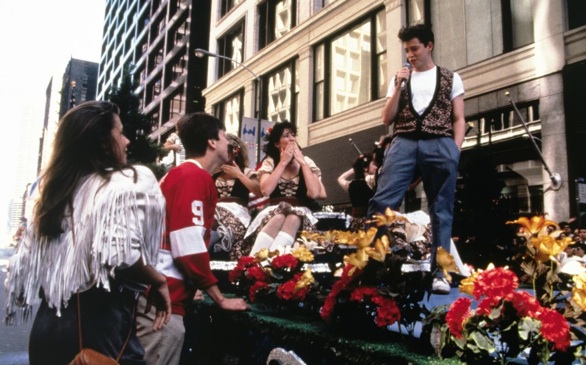 After a strenuous weekend of partying, napping and attempting to study, nothing is more deserved than a night dedicated to Netflix.

No, no -- you are not doing this in an effort to procrastinate, but rather to relax. Scanning the endless assortment of films available takes time, but it’s a commitment that you’re willing to make. Sacrifice is the name of the game.

Take your mind off the impending stress of Monday by immersing yourself in these classic blasts to the past. Netflix knows how to do the '80s.

Ferris Bueller’s Day Off (4 stars)
Teenage Ferris convinces his entire school he's at death's door, then hits the streets of Chicago with his girlfriend and best friend for a day of fun. But the school's fed-up principal is determined to catch him and put an end to his field trip.

Footloose (3 ½ stars)
This special edition of the movie that shot Kevin Bacon to the stratosphere of fame features the actor playing Ren McCormack, a decidedly urban teen who's transplanted to a small Midwestern town where dancing is outlawed. Recruiting his best pal, the quiet Willard (Chris Penn), and his girlfriend (Lori Singer), a clergyman's daughter, Ren starts a revolution by moving to the beat. Includes commentaries, footage from the musical and more.

Flashdance (3 ½ stars)
Alex works as a welder by day and a stripper by night, but she dreams of training at the local conservatory and becoming a professional dancer. Meanwhile, she navigates a romance with her boss at the steelyard.

Pretty in Pink (3 ½ stars)
Working-class misfit Andie thinks her dreams have come true when rich, popular Blane asks her to prom in this coming-of-age classic from John Hughes. Meanwhile, Andie's best friend Duckie pines for her.

Say Anything (3 ½ stars)
A budding romance between noble underachiever Lloyd and beautiful high school valedictorian Diane is threatened when Diane's father has a few things to say about the relationship and his expectations for Diane's future.