Greek Life at a Small College: Why join a sorority when I go to a school of 2,000 students? 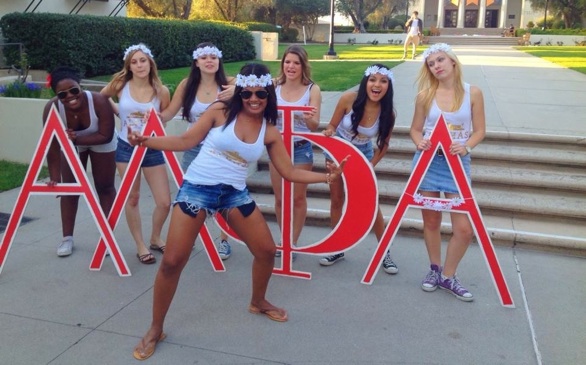 When I told my friends at home I had joined a sorority, the reaction wasn’t so much verbal protests as incredulous stares. The choice to go Greek seemed almost nonsensical. I go to Occidental College; there are approximately 2,000 students here. Why would I need a tiny network of people to make an intimate school seem even more intimate?

What I have found is that going Greek in a small school is actually highly beneficial in eradicating many of the issues commonly associated with Greek life at larger schools. Walking around campus, I don’t feel like just another member of Alpha Lambda Phi Alpha sorority. I feel like Laura Koeller, a multifaceted individual, because I’ve met a large enough portion of the student body that my Greek affiliations don’t define me; they are just one aspect of who I am.

Occidental is small in every way, including the Greek life. In truth, the school seems smaller to me after being in sorority for a year, but not in a stifling way. It feels sort of like a nice little small town, where you know all the eccentricities of your quirky neighbors. Sometimes it drives you nuts, and you know you can’t stay there forever, but it’s comfortable, and no one is expecting you at mixers after graduation.

I know the exclusivity thing is bothersome, and I hate that it tends to be exclusionary. The fact is people become closer when the numbers are smaller. Small numbers give you the chance to see the humanity of all the other members. In a group of 60 girls, where admittedly a good chunk of what we do is designed to allow us to get to know each other, I know at least something about every girl in my chapter.

On the Occidental campus, some people say they have no need for Greek life because they are on (insert team here), and that is enough of a fraternity or sorority for them.

The sport’s team metaphor is a good one. People often accuse friendships made through the Greek system as being less than genuine. They assume Greek brothers and sisters hang out with each other because you have an obligation to one another, and that might be true. However, there is a sense of accountability between athletes and their teams as well, and the ties of friendship often spring from the ties of being teammates. And yet, rarely do you hear the friendship of the baseball team being discredited…

Obviously you don’t choose your maid of honor over the course of rush week; that comes with time. Ever group has many different personalities, and learning how to deal with all of them is a valuable skill to have. Are the friends you’ve made though group projects entirely invalidated? No, I didn’t think so.

So, am I friends with every person in my sorority? No. But have I found some amazing girls to hang out with through my involvement? Absolutely.

Even at a small school, you don’t have a reason to go up and talk to everybody. You know the people in your dorms, your classes and clubs on campus. Joining a Greek organization just opens up more doors for you to get to know more people. You don’t know them already just because you wear the same letters, and it’s wrong for anyone else to think they know you because of that particular affiliation.

That’s why I appreciate my small school and proudly walk around campus in my quarter zip.