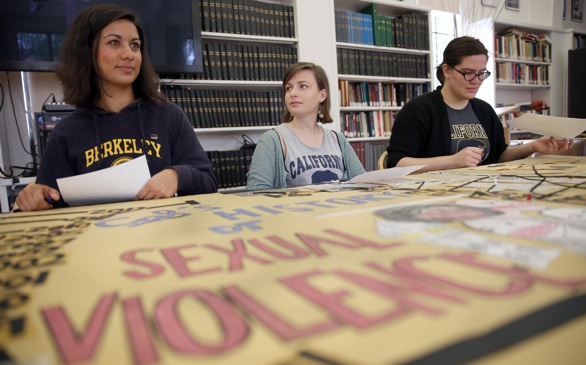 The University of California system on Friday issued new sexual assault guidelines that require campus and system administrators to report more types of violence and harassment, provide more support to victims and expand sanctions against perpetrators.

The changes meet a federal deadline to comply with an amendment to the Clery Act, which requires administrators to accurately report statistics for serious crimes in and around campuses, including sexual assaults.

Many schools across the nation, including UC Berkeley, have been criticized for their response to alleged sexual assaults. A group of Berkeley students recently filed two federal complaints alleging school administrators mishandled assaults.

“We have no tolerance for sexual violence or harassment of any kind,” said UC President Janet Napolitano in a statement. “The university must, and will, hold itself to the highest standards, and I expect all of our locations to do everything possible to make everyone aware of these standards.”

The policy also calls for expanded education, more protections for victims and specific sanctions that schools may impose after final disciplinary hearings.

The White House also has called on colleges and universities to combat the widespread problem of sexual assault. President Obama formed a task force to develop new recommendations for dealing with the problem. Federal officials said one in five women are victims of abuse on college campuses.