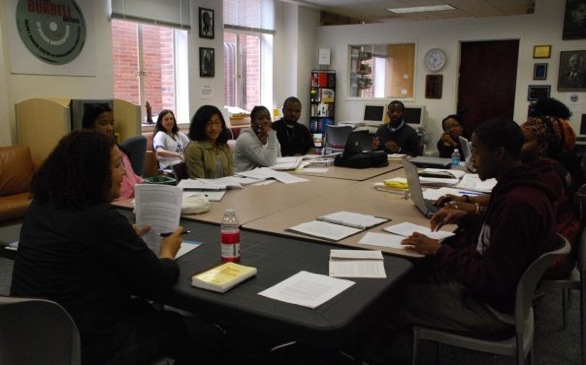 It has been a struggle for Southern California colleges and universities to help African-American studies get their deserved status and prestige.

According to the university's student paper, the Daily Bruin, Afro-American studies doesn't necessarily have the same status and prestige as Chicana/o studies, Asian American studies and gender studies because it is the only ethnic studies program that has not been departmentalized at UCLA.

Without being departmentalized, Afro-American studies program cannot control faculty lines or make faculty appointments. Thus, it has to rely on faculty who hold appointments in other departments.

Robin D.G. Kelley, the author of the Daily Bruin article and the interim chair of the Interdepartmental Program for Afro-American Studies, wrote departmentalizing Afro-American studies program “is a task imperative to transform university culture. It helps students see African Americans on campus as more than the embodiment of Bruin glory, but as thinkers, agents, and subjects of scholarly inquiry. ”

The final approval is expected in April, which will mark Afro-American Studies’ 40th anniversary with a new name and a new status at UCLA.

Meanwhile, Cal State Long Beach  has also been trying to preserve and develop its Africana Studies.

In late April 2013, a proposal was made by the dean of the college of Liberal Arts to demote the Africana Studies Department into a program because it lacked the required number of tenured faculty, reports the Daily 49er, the student-run newspaper. However, a petition was created by Brittany Brooks (President of the African studies Student Association (ASSA)) to save the departmental status.

The petition had received 4,113 signatures in less than a month. Brooks told the paper, “Downgrading [the department] to a program shows a lack of value to Africana studies."

According to the department chair Maulana Karenga, preserving multicultural education is a way to ensure quality education. Although it still not known whether the proposal to downgrade department would be taken up, the petition showed students and faculties’ strong willingness to defend African-American studies and culture.

CSUN, on the other hand, has preserved and developed its Pan-African department by changing its name to "Africana." The change was not only made in response to students’ concerns that the name on their college degrees did not match their department’s name, but also because of a determination to "rebirth" the department.

After a recent unanimous vote by faculty, the new name "Africana Studies" will be reflected in degrees for the 2014-2015 academic year.

Aimee Glocke, a professor of Pan African studies courses, told the Daily Sundial, "I think it will give us an opportunity to kind of rebirth ourselves in a way...We have new faculty, some of our faculty have retired or have made their transition, so I think we have a new energy. We have an attitude of recruiting more students to become majors and minors, and I think that the new name will give us an opportunity to do that.”