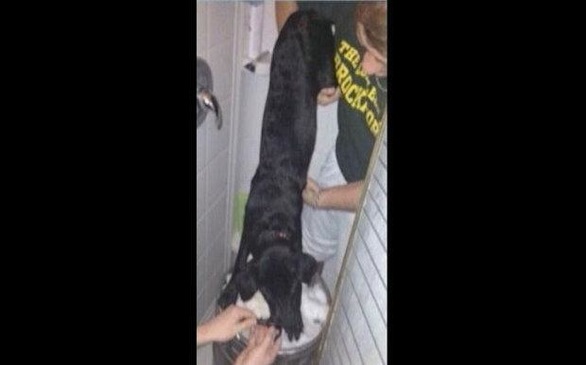 Two students from a New York state college (College at Brockport) are being charged with animal abuse after allegedly holding a dog upside down over a beer keg, reports ABC News.

Authorities say the black Labrador retriever was forced to drink beer at an off-campus party over the weekend. Another student reportedly took a photo of the incident and posted it on Twitter. Now, both students, 20, have been charged with torturing and injuring an animal.

According to the New York Daily News, the dog (named Mya) is in good health.