College Students Continue to Battle Depression, Suicide: Read their stories & find out how you can help. 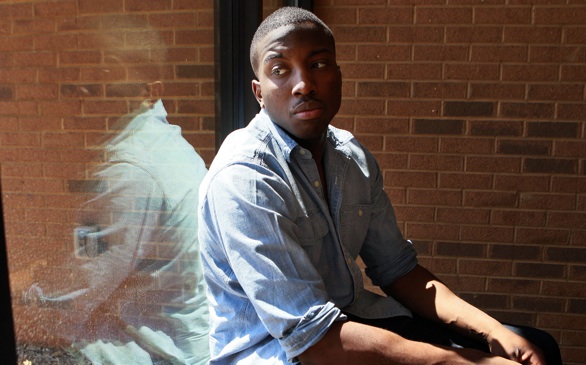 This Georgia student suffering from depression was photographed in 2013.
(Credit: Phil Skinner/Atlanta Journal-Constitution/MCT)

Suicide is the second leading cause of death among college students, according to The Blues Project at California State University, Northridge.

Millions of college students are diagnosed with depression every year and every year, some find suicide to be their only answer. We see this in news headlines far too often.

But what drives these students to depression and suicide? That answer may be different for every student; however, bullying, the ending of a relationship and extreme amounts of pressure or stress have been known to be contributing factors.

The Problem with Bullying
Even though some of us have left high school behind, bullying still tends to follow us in college. Whether it is verbal, physical or cyber bullying, young adults are not aware of the serious harm a joke can cause to another person’s mental state.

Earlier this semester, a young woman named *Sarah tried to commit suicide in her dorm room at California State University, Northridge (CSUN). She was experiencing a form of bullying when the people she thought were her friends continued to use her. According to Sarah, they would only talk to her if they needed something from her and yet they would gossip about her relentlessly.

One day, it became too much and Sarah cut herself so severely that she had to go to the hospital.
This so-called group of friends all played a role into why Sarah cut herself. Looking back, she said she “went too far and realized that [her] life was falling apart.”

Sadly, to this day, those people who contributed to her suicide attempt continue to make fun of and bully her.

James Gumbrecht, the author of a 2013 CNN article, mentioned how “people sometimes confused bullying with the unfortunate -- but normal -- moments of angry, thoughtless or hurtful behavior.” However, bullying another person is never thoughtless; it’s a systematic attack that leaves someone beaten and broken. It can even lead to dangerous and life threatening situations, such as suicide.

Breaking Up is Hard to Do
Ending a serious and lasting relationship can take a toll on anyone. Some find ways to cope with the separation, but others are left suffering the emotional effects on their own.

*Denise, also a CSUN student, went through a difficult break-up with her now ex-boyfriend that left her feeling depressed.

He was her first boyfriend, and she wanted the relationship to be perfect. However, Denise said he was a flat out jerk to her. He would allegedly verbally abuse her and make her feel worthless about herself. All the while, Denise was also dealing with her mom’s battle with breast cancer.

Expressing how that experience “traumatized” her and made her feel “ugly,” Denise said, “I didn’t notice the verbal abuse until [my] best friend told me.”

She ended the relationship soon after that, but doing so left her “emotionally scarred” and depressed.

When Stress and Pressure Become Too Much
According to a recent article in the Huffington Post, two freshmen at the University of Pennsylvania committed suicide during the third week of the new semester. The articles states that students sometimes are over stressed, and the pressure is just too much for them to handle, which could lead to suicidal tendencies.

The Anxiety and Depression Association of America notes, “80 percent [of students] say they frequently or sometimes experience daily stress.”

College is supposed to be a place filled with fun and excitement, but it can also create unimaginable amounts of stress and anxiety. Dealing with the pressure can become unbearable.

However, coping is possible through organization, exercise, meditation and rest, just to name a few. The reason why many college students fold or crack under the pressure is because they can’t handle it all on their own – and because they don’t receive outside help.

Getting Help
Dr. Kelly Greco, a clinical psychologist at the University of Southern California, could not stress enough the importance of awareness and prevention when it comes to depression. She shared some online resources that college students can use if they are experiencing signs of depression and suicide: Active Minds, The Jed Foundation and Didi Hirsh.

“Depression is treatable through medication and therapy…people just suffer in silence when they don’t have the strength to speak up,” said Greco.

Sarah is an example of how medication and therapy do help with depression. She has been getting the help she needs and credited some of her recovery to her family. “They helped me step back and reflect on how to move forward from this experience…I never want to feel that way again,” she said.

Depression and suicide have become more apparent in today’s society, and thousands of college students are still suffering in silence. But through awareness, education and breaking the silence, perhaps we will see fewer headlines in the news about college students committing suicide.