But First...Let Me Take a '#Selfie': The Chainsmokers' new single is trending. 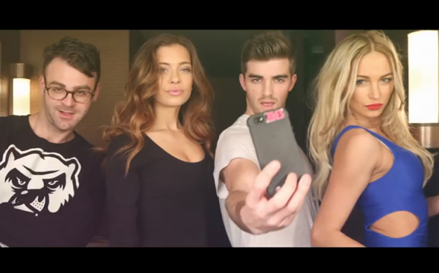 The term "selfie" is becoming more common among young adults, and thanks to Instagram and Twitter, it has even become apparent among the younger generation. On Instagram, the hashtag "#selfie" has been used more than 86 million times.

Its name says it all, but the music video on YouTube (see above!) really puts a face to the term young adults cannot stop saying. The music video so far has more than 13 million views since being uploaded in late January, and the trend does not show any signs of stopping.

On Billboard's Top 100 chart, "#Selfie" jumped 27 spots in just two weeks, making it the biggest jump of the week so far.

The Chainsmokers recent success has prompted a "#Selfie Tour" that will kick off on April 25 at the Anthem in Nashville, Tenn. The concert is 18 and over, and tickets cost only $10.