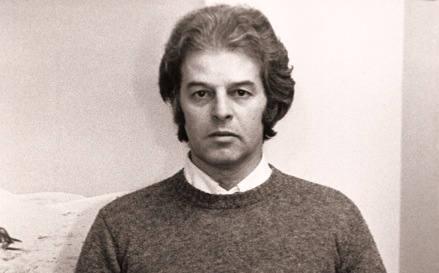 "What is to give light must endure burning.” - Viktor E. Frankl

Indeed, there is no better way to describe the relationship between infamous cult film director Alejandro Jodorowsky and his beloved failed masterwork, Dune—one fraught with conflicting elements of ambition, madness and genius.

Through detailed accounts by the artists involved in its making, Frank Pavich’s documentary Jodorowsky's Dune defines the spirit of Dune, what eventually caused its doom and how it lives on today.

Inspired by science fiction writer Frank Herbert’s epic 1965 novel of the same name, Dune would have been Jodorowsky’s (“Jodo”) masterpiece. The funny thing is, Jodo decided it would be his masterpiece before he even knew what it was about. Having never picked up Herbert’s book, eccentric Mr. Jodo essentially closed his eyes, spun around and by chance landed on Dune, deciding then and there to put his life’s blood into making it a film.

This seemingly irrational decision isn’t surprising for someone like Jodo. In fact, what he is known for is his rule breaking, his seizure of creative freedom and his lust for doing what no one dares. His films El Topo (1970) and The Holy Mountain (1973) unleashed Jodo’s fury for unconventional storytelling. If something is to be expected, he runs from it, and this is what he is both praised and ostracized for.

It should be no shock then that he took on such a complex project. What wasn’t expected, however, was the amount of obsession and borderline madness he would embrace to see the film made. No, not just made – birthed, lived and breathed. For Jodo, it was to be something sacred and in his words, “to be God.”

So, with ambition levels set somewhat high, Jodo embarked on a tireless journey to find warriors amongst men to help him reach that goal.

It is in these anecdotes that real fascination strikes. By various means of chance and serendipity, Judo acquired an array of unrivaled talent to build the complex world of Dune from scratch.

Jodo searched high and low for those he saw fit for his vision. From French cartoonist Jean Giraud (aka Moebius) to British illustrator Chris Foss, he hired those who fit his “spiritual” profile. In fact, renowned special affects artist Doug Trumbull, who had previously worked on 2001: A Space Odyssey (1968), didn’t meet up to Jodo’s high expectations although he outrageously qualified for the job.

And then came casting. With characters set in a distant future, our Chilean director idealized who could take on such illustrative roles. In the documentary he recounts whom he had in his sights, and we find it cute and simple of him to even consider casting Salvador Dalí as the evil emperor.

But somehow, with his uncanny sense of will and determination, and admittedly outrageous deals (he offered to pay Dalí $100,000 per minute), he got whomever he wanted: Dalí, Orsen Welles and David Carradine. Pink Floyd even agreed to do the score. It seems that the man, although a bit mad, was unstoppable.

It is in this madness, however, where we start to see the God crumble. Somewhere between the determination and the drive, Jodo lost reality.

This man with an inconsolable lust for art saw no room for structure and limits. When it comes to art, its purpose is “to operate yourself a soul.” What he failed to realize is that the Hollywood studio system sees no soul without the right amount of zeroes and a straight-laced director that can obey authority.

However, there always comes a new reality after death. Even after the project was killed a mere step away from production, the legacy of Jodorowsky’s Dune lives on. We can trace Judo’s intricate scenes, costumes and concepts throughout the history of science fiction films, from the Alien films to Contact and countless others in between.

It may not have survived his prophecy and David Lynch may have directed a substandard version in 1984, but it was and always will be Jodorowky’s Dune. And film history can argue no differently.

Jodorowky's Dune releases in theaters in Los Angeles at The Landmark and the Film Forum Triplex and Lincoln Plaza Cinemas in New York.

Enter to win an Amoeba Music gift certificate and a poster for Jodorowky's Dune by clicking here!