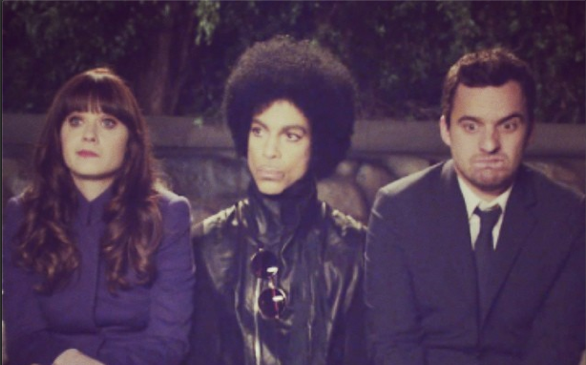 "Don't, don't you wanna fall in love tonight?" croons Deschanel in the beginning for the song. Prince then takes over the first verse, with the actress chiming in every now and then.

The single is very Prince-esque with a little bit of a modern twist. It's not necessarily a song you would play at a party, but it's nice nonetheless.

You might've already seen the duo perform the song on "New Girl" back in February.

Give the song a listen here.

What do you think of Prince's new single? Leave your comments below!