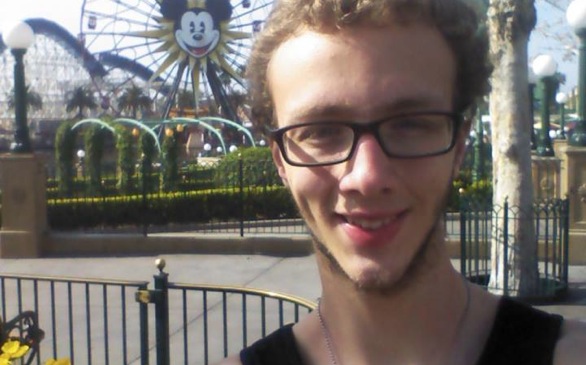 A 20-year-old community college student who lived in a mobile home park near Lodi was arrested Sunday night near the Canadian border after he allegedly told a paid FBI informant he wanted to fight on the side of Al Qaeda in Syria.

Nicholas Teausant, a single father to an infant daughter and a failed National Guardsman, was charged with a single count of attempting to provide material support to a foreign terrorist organization and appeared before a federal court in Washington on Monday afternoon. He faces up to 15 years in prison if convicted, according to prosecutors.

Federal authorities outlined in an affidavit extensive exchanges between the informant and Teausant, ain which Teausant allegedly detailed his desire to travel to the Middle East to join Islamic extremists and harm the United States. Teausant had enrolled as a trainee with the U.S. Army National Guard but never entered basic training because he lacked the minimum qualifications, according to the affidavit.

The informant befriended Teausant last fall, posing as a fellow convert to Islam. Teausant told the informant "his goal was maximum fear and a maximum blow to the U.S. government so he could watch it tumble and fall in the wake of a civil war," according to the affidavit.

"I'll do the acting, I'll be the pawn. You just figure out the brainy stuff," he told the informant, authorities alleged.

In December, he sent a text message to the informant asking how he could obtain fireworks, according to the affidavit. "The big loud one! With the biggest boom and the one that's also compact!!" Teausant allegedly wrote in the message.

He then allegedly texted: "Don't go to LA Anytime soo[n] … Please trust me on this … and if you do go don't use the subway." Teausant told the source over the phone that he and a group of people had discussed "hitting" the L.A.-area subway on New Year's Eve or New Year's Day, authorities alleged. (The Sacramento-based FBI agent who wrote the affidavit pointed out in a footnote: "While not well known, there is a subway/rail system in Los Angeles.")

Teausant later said the plot had been called off because authorities had been tipped off, according to the affidavit.

On Instagram, he was "Assad Teausant bigolsmurf," who posted that he despised the U.S. and that he wanted "to join Allah's army but I don't even know how to start." On ask.fm, he was "assadthelion" who wrote, "how do you bring america to its knees?" On Facebook, he allegedly met "brothers" with whom he discussed a plot to blow up the Los Angeles County subway system.

It's not clear how seriously authorities took the threat — Teausant allegedly said he discussed the plot on a camping trip with seven people, but the agent wrote in the affidavit that "the investigation has not corroborated the camping trip."

A Metropolitan Transportation Authority spokesman declined to discuss whether the agency had been alerted to the threat or measures were taken in response. A spokeswoman for the FBI in Los Angeles said in a statement: "Throughout the investigation, the Joint Terrorism Task Force in Los Angeles worked closely with the JTTF in Sacramento to assure the safety of the Los Angeles area."