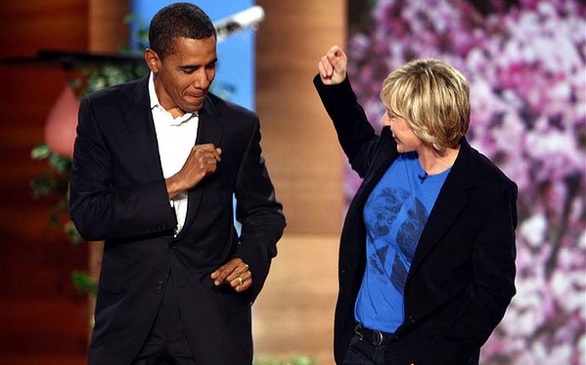 Despite any controversy or frowns the president might have received since he appeared last week on Funny or Die's "Between Two Ferns" with Zach Galifianakis, Obama is continuing his effort to promote health care by appearing on Thrusday's  "The Ellen DeGeneres Show."

According to the Hollywood Reporter, this is the first time Obama will be on the show as president. This time, he will be talking about the Affordable Care Act, urging people to sign up for health insurance coverage.

Obama's skit with Galifianakis on the popular webseries sparked discussion and debate. Because the comedy skit featured hilarious blows, jokes and burns, some wondered if the stunt actually damaged the presidency.

Meanwhile, others expressed their enjoyment with the skit and pointed out that it achieved its goal of getting young people's attention. USA Today reports healthcare.gov's traffic jumped almost 40 percent, and one Loyola Marymount University student reportedly told the publication: "I'm sure that there were people who watched it and thought, 'Like, I love Zach Galifianakis. Whatever. I'll sign up for it.'"

Will Obama's appearance on the "Ellen" show be engaging, witty or funny enough to attract a younger audience (or a bigger audience, in general)? It's possible -- it's Ellen, after all. Perhaps there will even be dancing again (watch Barak Obama dance on "The Ellen DeGeneres Show" above!)