Why Don't Many Community College Students Get Their Bachelor's Degrees? 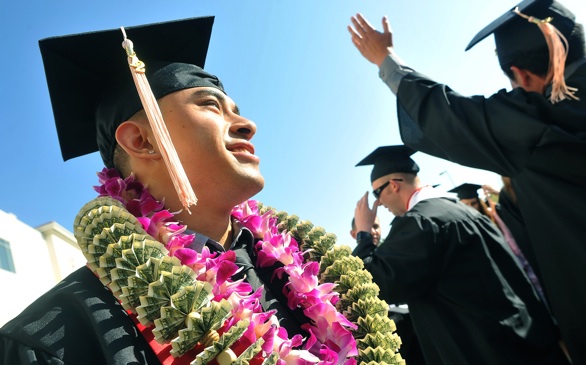 Community college can be a great choice for many students. Students who are looking to save money can spend a lot less on a community college than a four-year school, and it also gives them time to think about what they want to major in without shelling out tens of thousands of dollars a year.

After completing the necessary units and credits, these students can then just transfer to a four-year university or college and get their bachelor's degree...right?

Actually, it turns out many community college students are not getting their bachelor's degrees because of a loss of college credits, reports CBS News.

According to a study in the Educational Evaluation and Policy Analysis, researchers found that the greater the credit loss, the less likely students will get their bachelor's degrees.

It makes sense. When community colleges students transfer to four-year schools, they hope that they can transfer all of their credits so they can graduate on time and spend less money. However, when they have to basically start over, it can be expensive, time consuming and overall discouraging.