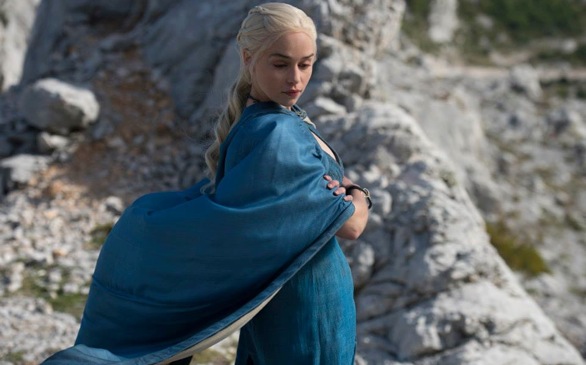 HBO's hit series "Game of Thrones" might make its way to the big screen.

The show is based off the A Song of Ice and Fire book series, and its creator, George R.R. Martin, said he's discussed the possibility of turning the show into a movie, according to the Hollywood Reporter.

Because the books keep getting bigger and bigger, "it might need a feature to tie things up..." said Martin. It also depends on how long the show runs on HBO.

Another possibility: turning Tales of Dunk and Egg into a film. This book series consists of three prequel novellas that relate to "Game of Thrones."

"They could be the basis for a film," said Martin.