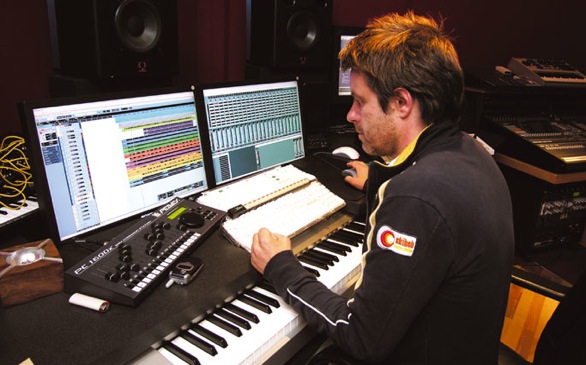 On March 30, ComposersLab: LA On Stage will host a discussion between Peter Golub, director of the Sundance Institute Film Music Program, and Harry Gregson-Williams, the composer behind the film scores for the Shrek movies, The Chronicles of Narnia, Kingdom of Heaven, Man on Fire and Spy Game.

The discussion will go in depth into Gregson-Williams’ techniques and will provide the audience with a live demonstration of his work. This discussion will also include special guest stars: Hugh Marsh from Unstoppable, Armageddon and The Chronicles of Narnia: The Lion, the Witch and the Wardrobe, as well as Martin Tillman from Batman Begins, The Dark Knight Rises, The Ring and Transformers.

Following the discussion, a group of Sundance Institute’s Composer fellows will present their scored version of a particular scene, allowing the audience to understand the music's effects on a scene. They will realize that ultimately music has the power to shape how we interpret each scene.

That’s not all. Directors Zal Batmanglij (The East, Sound of My Voice) and Andrew Adamson (The Chronicles of Narnia: Prince Caspian and The Lion The Witch and the Wardrobe, Shrek 2, Shrek and Cirque du Soleil: Worlds Away) will join Gregson-Williams for a discussion about their collaborations and how the partnership between a composer and a director is crucial for the motion picture industry.

This event is open to the public and provides an in-depth and insightful discussion on the importance of music in films, defining the relationship between the director and the composer in film production.

Music lovers, film enthusiasts and motion pictures fans will not want to miss out on this event!

The tickets are originally $45, but use the code "SDCL35" to receive a $10 discount. To order tickets online, click here.