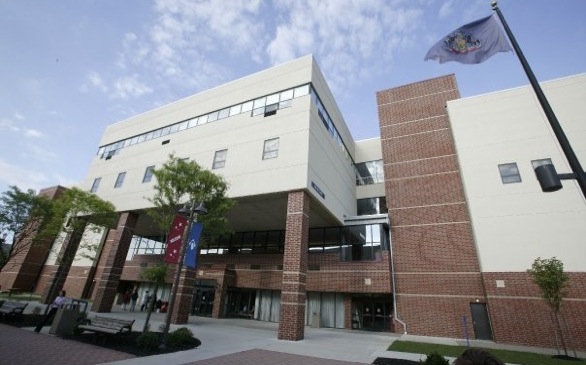 In response, they staged a student protest. This student protest was not the traditional protest with signs and rallies. Instead, there were sandals, bathing suits, inflatable palm tress and some umbrella drinks.

The Northampton students wanted the festival to be sympathetic not scornful. They redecorated the food court to mirror a typical beachfront resort complete with a Tiki bar, plastic kiddie pool and a ping-pong table.

Students Thoai Luong and John Cronce were the masterminds behind the protest. However, the turnout for the protest only drew about 15 people. Still, the people involved said they had a blast.

Cronce reportedly said, “Most of the campus is looking at us like we're nuts."

Northampton Community College president Mark Erickson was spotted wearing an orange polo, madras shorts, sandals and, most importantly, a lei as he played a game of table tennis against some students.

Although the students did have fun pretending to be on spring break, their happiness will soon fade when they have to attend class while everyone else in the country is off having fun.