Back in the Nest: Staying with Parents Hampers Recovery 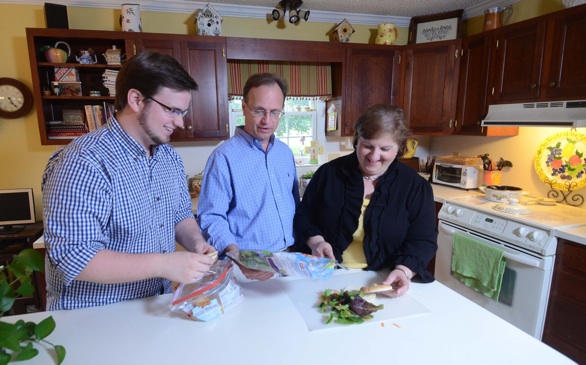 This then-26-year-old moved back in with is parents after losing his job (2011).
(Credit: Robert Lahser/Charlotte Observer/MCT)

Burdened by $85,000 in college debt, attorney Bobby Waltman lives with his mom and grandmother in a three-bedroom house near Huntington Beach’s Central Park.

Past frugality led the 29-year-old to live in a van parked at the beach, a one-room casita behind a Santa Ana house and a tent in Juno, Alaska. Now, he’s counting the days until his finances are sound enough to afford a home of his own.

“I’ve had this plan to move out for awhile, and it just keeps getting postponed,” said Waltman, who works for a Newport Beach personal injury firm. “I’m working at a really good firm, and I’m still living at home and I figure it’s time I move on. (But) it’s hard to take on a mortgage with law school debt.”

Waltman may be symptomatic of a problem that’s still plaguing the housing market in Orange County and elsewhere -- and, to some extent, the economy as a whole. The recession forced millions to move in with parents and relatives, or delay leaving, and to double up with roommates.

Not only did those people put off buying or renting homes of their own, but the impact has rippled through the economy in the form of reduced demand for furnishings, appliances and home and garden supplies.

Although job growth has returned and the housing market has turned a corner, some economists worry that not enough young people are leaving the nest.

Whether it’s because of student loans, credit card debt, a foreclosure hangover or a need to save for a mortgage, “household formation” has yet to get anywhere near pre-recession levels.

At a time when investors are buying fewer homes, the slow pace of household formation means fewer first-time buyers taking up that slack, which could limit the housing market going forward.

Figures from the U.S. Census Bureau and the state Department of Finance’s demographic unit highlight the problem.

“During this past recession, household formation really got affected negatively because some of these kids lost their jobs and moved back with their parents, or they coupled up,” said Chapman University Economist Esmael Adibi.

But Adibi noted that some people -- like his neighbor’s 26- and 29-year-old children -- still are living with their parents long after getting rehired.