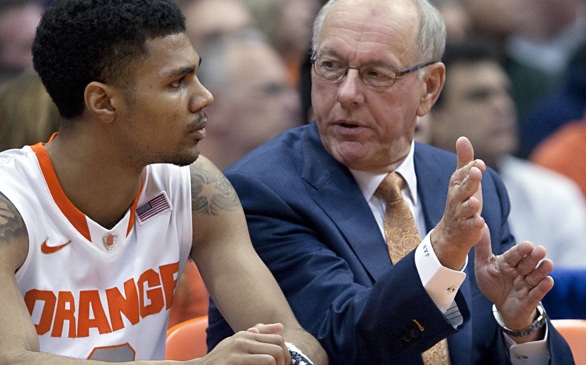 High school athletes dream of landing a sports scholarship to help pay for college. However, a recent poll from ABC News and the Washington Post showed an increase in support to also give college athletes compensation along with their massive scholarships.

According to this poll, the opposition has a 64 percent majority, and a 33 percent minority supports the movement.

Although this topic has been circulating through the news as of late, it has been in discussion since as early as 2001. In a 2001 Gallup Poll, 75 percent opposed the notion of college athletes being paid. Since then, there has been a gradual increase in support.

Syracuse basketball coach Jim Boeheim told CBS in 2013 his thoughts on the debate: “If [the college athletes are] really good, they get to develop [the skills in college, and they can] get the opportunity to play in the NBA.”

Boeheim wants the people in favor of compensation to understand that being a college athlete is about developing the necessary skills to succeed in the real world, not just about the free money. He also does not want student athletes to be driven by money, but instead have a love for the game and find athletic success while at college.

Brian Frederick, a Board Member of Sports Fans Coalition, suggested, “If a student-athlete is hurt or unsuccessful, the coaches and administrators suddenly discard the noble ideals of ‘education,’ and a player is left with nothing.”

He makes the point that when an athlete is severely hurt or is under performing, that athlete’s scholarship can be taken away. Thus, he implied financial compensation is more of a safety net in case the student is unable to perform.

This debate will not come to an end anytime soon, but it is perhaps leading to potential progress for movements regarding paying college athletes.