‘Skill Builders’ Enrolling in College, But Not for the Degree 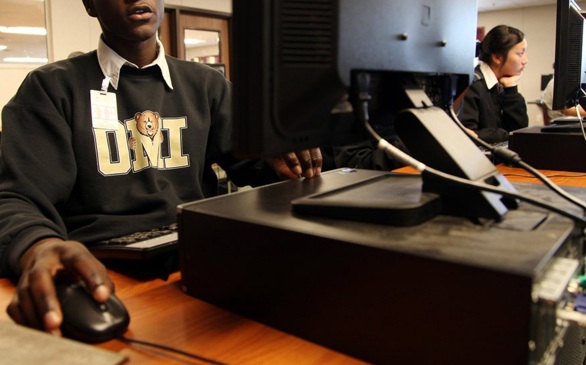 SANTA ROSA, Calif. — Kevin Floerke has been down this road before.

A student at Santa Rosa Junior College in Northern California, Floerke, 26, already graduated in 2010 from UCLA, where he majored in archaeology.

This time, however, unlike many other people in his field, he’s not interested in getting yet another degree. He’s just trying to master a set of techniques and technologies that will help him verify the details he finds while doing fieldwork.

“I’m really there to learn the program itself and be able to use it in a professional setting,” he said.

Floerke, who leads tours for the National Geographic Society, is part of a group of students known as “skill builders,” who are using conventional colleges in an unconventional way: not to obtain degrees, but simply to learn specific kinds of expertise without spending time or money on courses they don’t think they need.

It’s a trend being driven by the rising price of higher education and a growing emphasis on paying for training in only the most marketable skills.

“They’re looking for employment,” said Keith Bird, chancellor-emeritus of Kentucky’s community college system and a fellow for the Corporation for a Skilled Workforce, a policy group. “And that’s the bottom line.”

The popularity of seeking a higher education with no intention of graduating is a challenge for institutions that are increasingly focused on improving their graduation rates. Still, some institutions are responding by starting up programs for these students and considering new kinds of credentials to recognize the combinations of courses they’re taking.

People who enroll in, but do not earn degrees from, community colleges mainly gravitate toward courses focused on career and technical education, according to a study of students in the California Community College System. It found that these students typically enroll for no more than four semesters and take six or fewer credits per semester.

Skill builders in California are concentrated in construction, real estate, computers, law enforcement and early childhood education, according to Kathy Booth, co-author of the study. For most of them, the college credits led to wage increases. Students who took courses in information technology, for instance, saw their pay increase by 5 percent. Skill builders at California community colleges overall saw their median salaries go up from $49,800 in 2008-09 to $54,600 in 2011-12, the system reports.

This may help explain why students opt for taking classes instead of earning degrees: They can spend less time and money in school but still see economic returns.

According to research that followed students for up to eight years in the California Community College system, nearly one-third of students took an average of just two courses over about two years and overwhelmingly succeeded in these courses, but rarely attained a degree, certificate or transferred to a four-year college.

The movement to keep track of skill-builder students is still in its infancy. This can be a problem for colleges that are increasingly evaluated based on their completion rates, which generally don’t take into account students who show up to take a few Information Technology courses to get a raise or a promotion.

“That’s a success story for that student and for the overall economy and society, but it’s hard to count,” said Paul Feist, spokesman for the California Community Colleges System.

Colleges can respond by bundling together the kinds of courses skill builders take and creating new kinds of credentials for them, said Patrick Perry, vice chancellor of technology at the California system chancellor’s office.

“Very short-term certificates — sometimes as low as two courses or six units — those are certificates that can be created pretty much on the fly,” Perry said.

Some schools are developing noncredit programs geared toward specific jobs for unemployed people who need to get back to work quickly.

“The issue there is, which credentials are powerful enough to say to people who are unemployed, ‘If you take these things, you will then be able to get these jobs,’” said Macomb President James Jacobs.

There’s yet another reason to go back to school without intending to get a degree, said Floerke, the archaeologist attending Santa Rosa Junior College.

“Going to school for a piece of paper is the worst reason to go to school,” he said. “Go to school because you want to learn something.”