Four Loko Agrees to Not Advertise Drink on College Campuses 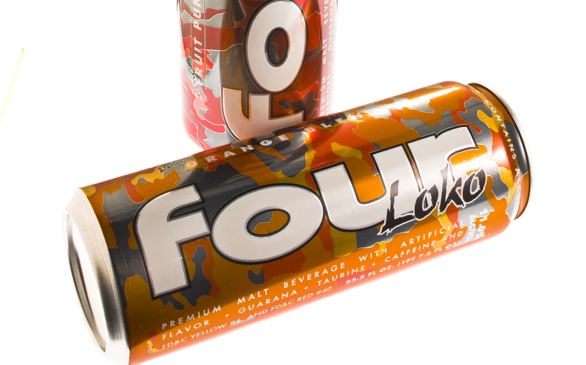 Mix caffeine with malt liquor, add fruity flavor, and what do you get? Four Loko.
(Credit: Bill Hogan/Chicago Tribune/MCT)

Four Loko (aka "Blackout in a Can") has agreed to not market its drink on college campuses or hire models who are under 25 years of age (or appear to be 21 or younger) to advertise the product, according to the Huffington Post.

The once-popular drink was a hit among the college crowd -- it was relatively cheap, came in a large can and combined two key ingredients college students loved: alcohol and caffeine. Speaking as a former college student, this writer remembers that drinking a Four Loko was an easy, sure-fire way to get drunk quickly and efficiently before attending a fraternity party or other function (and it really didn't taste that bad).

However, in 2010, lawmakers fought for the product to remove all of its caffeine from the drink, citing this combination was dangerous and could lead to severe intoxication. Phusion did lower the level of caffeine in its drink, but Four Loko was still banned in several states.

"While our company did not violate any laws and we disagree with the allegations … we consider this agreement a practical way to move forward and an opportunity to highlight our continued commitment to ensuring that our products are consumed safely and responsibly only by adults 21 and over,” said Phusion's president.