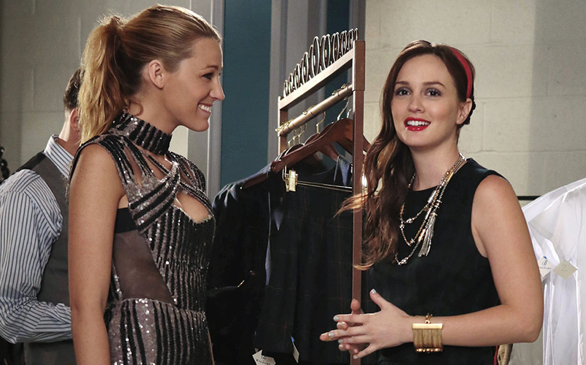 Women behind our favorite shows like 'Gossip Girl,' 'Friends' and 'Sex and the City' will attend.
(Credit: Facebook.com/GossipGirl)

The USC Annenberg Innovation Lab will be hosting an event to recognize women who play integral roles in shaping American media Thursday, April 3.

“Geek Speaks: The Women Who Make Television” highlights the feminine creative forces that will shape the future of television. These women are creators, executive producers, head writers and showrunners working within a variety of TV programming formats -- ranging from dramas and sitcoms to science and fantasy fiction programs. They also have had experience in both broadcast and cable networks.

Having a powerful voice in the entertainment industry, these ladies influence the stories told and the audiences addressed. In a day and age where many females still struggle to gain entry into this industry, audience members will benefit from hearing the speakers' inspirational success stories.

The event will feature two sessions:

Creative Process will take place from 4:00 - 5:30 p.m., exploring the careers and creative influences of the guest speakers. It will also address the changing contexts in which television is produced, distributed and viewed.

Creative Products will take place form 6:00 - 7:30 p.m. and will address issues regarding programming content, representation in television, the women's relationship to their genres and their perceptions of their viewership.

For more panelist info and to RSVP for the event, click here.