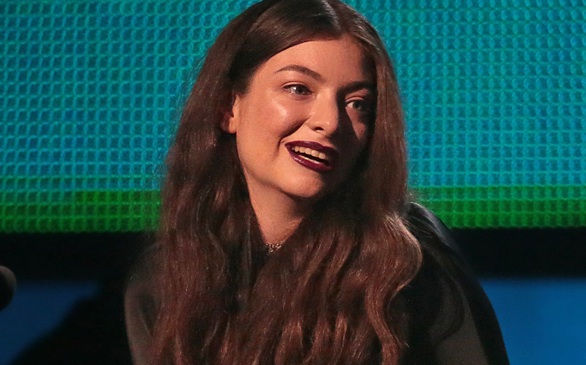 ILLMATIC XX: NAS CELEBRATES 20 YEARS
It’s been two decades since hip-hop artist Nas broke into the scene with his debut album Illmatic. To celebrate, he’s releasing Illmatic XX, a two-CD set featuring the original album and a second disc featuring rarities. Most of the rarities are versions of songs found on Illmatic; variations on album cuts “One Love,” “The World is Yours” and “Halftime” are included, as are three remixes of “It Ain’t Hard to Tell,” one of which was previously available only as a promo single. Fans will also hear the previously unreleased cut “Villain,” a promo-only remix of “Life’s a Bitch” and a freestyle that Nas performed on WKCR, the radio station at New York’s Columbia University. Commenting on the set through his record label Sony/Legacy, Nas said, “With Illmatic I didn’t think about it. I just did it. I believe everybody has good instincts. Now I’m a man from that past and I’m supremely gratified. There’s a Nigerian proverb, ‘What is past is prologue.’ I’m here today because of Illmatic.” Illmatic XX drops on April 15. Nas will be announcing tour dates soon for shows where he’ll perform Illmatic in its entirety. The star will also be the focus of the documentary Time is Illmatic, releasing later this year.

SAY “CELLO” TO BREAK OF REALITY
The next time someone tells you that they think you’ve had a break with reality, just smile and say, “Yes, and I’m enjoying it very much.” They may still think that you’re nuts, but really you’ve just got the music from Ten – the latest from cello rockers Break of Reality – going through your head. Last time the three-cello member band covered Metallica, Nine Inch Nails and System of a Down along with Bach, but Ten includes all original material. Many of the instrumentals, including “Helix” and “Other Worlds,” have a prog-rock feel to them while others like “Storm’s End” echo the group’s classical training. Expect to hear some of the new stuff along with favorite covers when Break of Reality plays the Hotel Café May 3.

LORDE BOOK ARRIVES
She’s only 17 years old, but with a hit record and two GRAMMYs under her belt, New Zealand’s Lorde is already a bona fide pop star. And now there’s also a book about her. Riverdale Avenue Books has just released Lorde: Your Heroine, How This Young Feminist Broke All the Rules and Succeeded, an examination of Lorde’s career so far, penned by New York Times bestselling author Marc Shapiro. Shapiro explores Lorde’s feminist viewpoints, her intellectual inclinations and talent for songwriting and how over the course of a year she went from a complete unknown to a worldwide star. www.riverdaleavebooks.com

BETH THORNLEY: SEPTAGON
Usually when someone says that their “ship has come in,” they’re speaking metaphorically. The adage has a special meaning for Los Angeles-based singer/songwriter Beth Thornley, though. Thornley was burned out with playing piano and singing on a cruise ship when said ship docked in L.A., and you guessed it – Thornley jumped ship and never looked back. Now well into a career as a solo artist, Thornley’s latest effort is a four-song E.P. called Septagon that drops on April 8. Treats on the brief effort include the ‘60s-ish and vaguely psychedelic “It Could Be” and “Last to Fall” with guest singer Glen Phillips of Toad the Wet Sprocket. However, fans will hear all four new songs and a lot more when Beth plays the Hotel Café April 26.

HALEY PHARO
If you’re not yet familiar with the work of Haley Pharo, you will be soon as the 25-year-old pop, rock and dance artist/singer/songwriter’s debut effort drops on April 8. And while she’s just now recording on her own, Pharo is not exactly a newcomer; she’s already collaborated with will.i.am, David Palmer and Andrew Dawson and worked on songs for Justin Bieber, King Logan and Eric Robinson to name a few. Dawson, in fact, having recently produced hit records for Kanye West and fun., is on board as producer of the self-titled release. Pharo will be celebrating with a record release party at the Hotel Café on April 14.

HALF NOTES
BROODS, the brother and sister duo from New Zealand, have a new self-titled E.P. out; catch Caleb and Georgia Knott performing the new music when they play the Echo on May 14.

LEOPOLD and his FICTION have just wrapped-up a tour with Shooter Jennings and the Reverend Peyton’s Big Damn Band; see the Austin-via-San Francisco band as they headline the Viper Room on April 22.