A Coachella Safety Guide for First-Timers 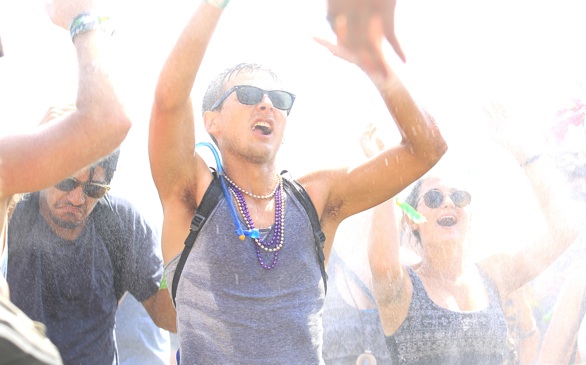 Going to the Coachella Valley Music and Arts Festival for the first time can be both a fun and wild time! If this is your first time, make sure your good time stays a good time by following these easy tips:

Go with Friends or a Significant Other
Most likely, you’re already going with your friends, roommate, a significant other, fraternity brothers, sorority sisters, whoever. If by chance you’re going to Coachella by yourself, be careful! It’s never a good idea to go to a party – let alone a huge music festival – by yourself. Going to Coachella alone might lead you straight to some shady people who could harm you or even slip you an illegal substance. But by going with others, you have people looking out for you. Plus, it’s just a lot more fun going with someone else!

Stay with Your Group or a Buddy at All Times
Speaking of friends, stay with them at all times! Staying in close proximity to your friends or group can ensure your safety as well as prevent you from getting lost. It doesn’t matter how old you are – getting lost at a huge music festival like Coachella will make you want to cry out for your mommy.

Don’t Accept Drinks or Drugs from Strangers
Never accept drinks, especially drugs, from a stranger at Coachella -- no matter how cute he (or she) might be. As far as drinks go (alcoholic and non-alcoholic), the same rules that apply at a frat party apply at a music festival: a stranger could add dangerous drugs to your drink without your knowledge. If someone comes up to you and offers you a drink, politely decline and get your own.

Now, when it comes to drugs, it is obviously safer to not take them than to take them. Molly, ecstasy, cocaine – there have been too many instances of young people overdosing at parties, raves, etc. And this might surprise you, but taking drugs from strangers is actually more dangerous than taking them from a friend. Why? Because you don’t know if that drug a stranger is offering you is laced (mixed) with another drug, which increases your chances of experiencing a terrible outcome. Do yourself a favor: just say “no.”

Bring Your Cell Phone
This is basically common knowledge. Bring your cell phone just in case you get lost or experience an emergency. And keep it charged.

Don’t Drink and Drive
Do not be that man who drove while intoxicated and killed innocent bystanders at South by Southwest in March. This goes back to the early days of driver’s ed: instead of drinking and driving, make someone the designated driver to ensure no one receives a DUI or is killed in a DUI-related car crash.

Don’t Be Disrespectful or Cause “Drama”
Coachella attracts people from all over the U.S. and probably even outside of the country. With so many people from different backgrounds and lifestyles, and with various beliefs, morals, ethics and personalities, you should watch what you say. Refrain from using inappropriate language or offensive terms. Keep your space, and do not pick fights with people. After all, you spent good money on those tickets, so it makes no sense getting kicked out just because some jerk is being loud and obnoxious. Just get away, or call security so they can handle the situation.

*Diego Girgado contributed to this story.