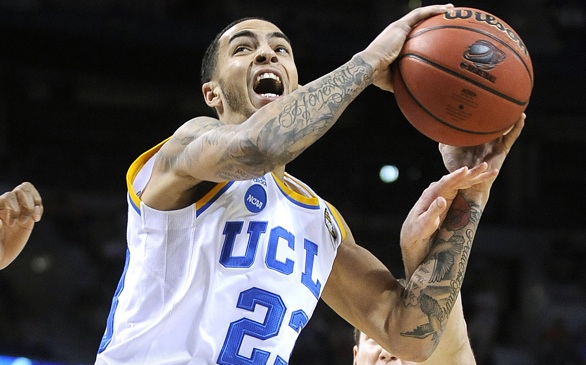 A former agent said he paid former UCLA basketball standout Tyler Honeycutt and his mother in the hopes of securing him as a client.

Noah Lookofsky told SB Nation that he doled out $55,800 during a three-year relationship with Honeycutt, starting when he was a player at Sylmar High. He provided SB Nation with copies of receipts, deposit slips, promissory notes, travel itineraries, email exchanges and a deposited check to support his claim.

That included paying rent and travel expenses for Lisa Stazel, Honeycutt’s mother. Lookofsky also said he made the down payment on a car for Honeycutt.

UCLA Athletic Director Dan Guerrero said in a statement that the university compliance office investigated the matter in 2011 and informed the NCAA, but “after four months investigating the matter” the university was left “with nothing more than the assertions.”

The university and the NCAA closed the case at that time, Guerrero said.

When informed in February by SB Nation that Lookofsky had provided documentation, university officials again notified the NCAA.

Lookofsky, who is no longer an agent, said he provided Honeycutt with financial assistance to secure him as a client. Honeycutt left UCLA after his sophomore season and ultimately signed with another agent. He was taken by the Sacramento Kings in the second round of the 2011 NBA draft but is currently playing in Israel.

This is the second time in recent weeks that financial questions have been raised about a former UCLA basketball player. The Times reported last week that Ron Holmes told an FBI investigator that he secured a loan based on the future NBA earnings of his son, Minnesota Timberwolves rookie Shabazz Muhammad.

Muhammad played the 2012-13 season at UCLA. Holmes was sentenced to 37 months in jail after pleading guilty to one count of conspiracy to commit bank fraud, mail fraud and wire fraud in connection with a $2.5-million mortgage-fraud scheme.