My Chemical Romance: May Death Never Stop You 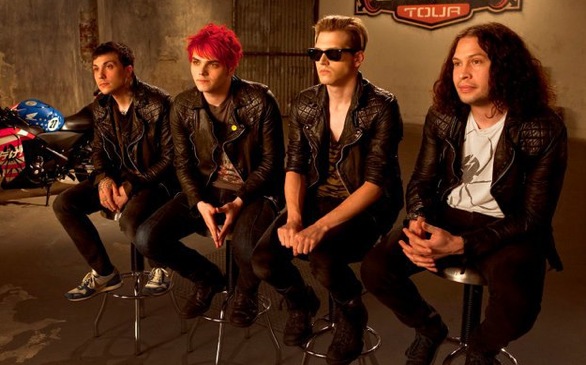 My Chemical Romance in 2011.
(Credit: Facebook.com/MyChemicalRomance)

In case you’ve not yet gotten the word: My Chemical Romance is no more.

The band called it quits last year, and this collection of hits, favorites and previously unreleased songs is touted as being the “final chapter” of its career.

Most songs will be familiar to fans, including “Honey, This Mirror Isn’t Big Enough For the Two of Us” and “Vampires Will Never Hurt You” from early album I Brought You My Bullets, You Brought Me Your Love.

A piano melody and handclaps highlight the album’s one new track, “Fake Your Death,” which is is a mid-tempo, sway-to-the-rhythm reflection on balancing the bad times with the good that makes for a nice goodbye from the band.

Hardcore MCR fans may already own bootleg copies, but three rare cuts are appended to the set: demo versions of I Brought You… tracks “Cubicles” and “Skylines and Turnstiles,” and a demo of “Knives/Sorrow.”

Various deluxe versions of May Death Never Stop You are available, including a package with a DVD holding two hours of material and another that comes with a T-shirt.