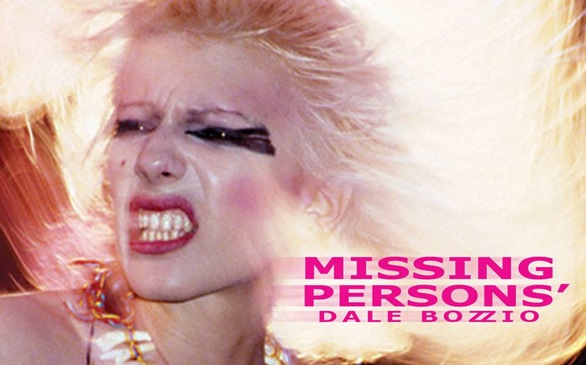 New Wave-era MTV darlings Missing Persons are one of those bands that most fans thought they would never hear from again.

Missing Persons had a big hit in their hometown of Los Angeles with “Mental Hopscotch” and soon moved on to nationwide success with tunes like “Words,” “Destination Unknown” and “Walking in L.A.” The songs were all examples of quirky pop and provided lots of eye candy thanks to sexy singer Dale Bozzio.

However, the band is actually not so much a band at this point. Bozzio is backed only by Billy Sherwood (formerly of prog rock group Yes), who plays all the instruments, including bass, drums, guitar and keyboards.

Bozzio has, for the most part, lost the squeak that punctuated many of her vocal turns. Still, her voice remains strong and instantly recognizable on gurgling synth number “Hello, Hello,” the Duran Duran-like “Covert Operation” and “The Speed of Light,” the latter which most mimics the band’s ‘80s sound.

A nice treat for longtime fans is the inclusion of an acoustic version of “Walking in L.A.” that, while not deviating from the original arrangement too much, presents the song as never heard before.