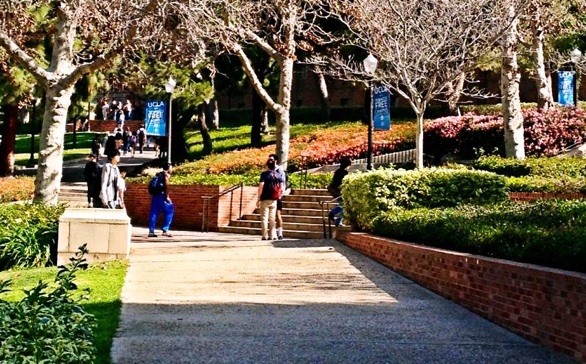 A student government commissioner at UCLA has been arrested on suspicion of false imprisonment, officials said.

The complaint against Arce came from a fellow UCLA student, the Daily Bruin reported.

Student association President John Joanino, who announced Arce’s arrest, said in a statement that the work of his office won't stop.

He added that he would work to ensure “the office continues to run smoothly and that this incident does not affect or jeopardize the tireless work of the CSC’s staff members.”

Arce immigrated to the United States from Mexico when he was 12, according to his biography on the UCLA website.  Arce found his calling in service and began tutoring kids in Mid-City his freshman year and said he wants UCLA to become the most service-minded college in the nation.

He is scheduled to be arraigned Friday.

[For the Record, 10:44 a.m. PDT April 3: An earlier version of this post stated that the student association reported that Arce was arrested on suspicion of sexual assault. UCLA police said he only faces a false imprisonment charge.]