L.A. Dodger Yasiel Puig Will Not Play in Home Opener 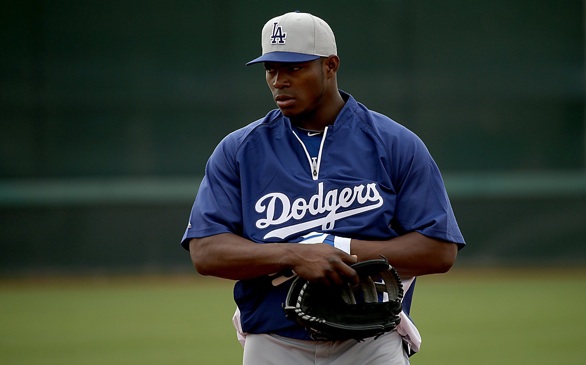 Ever been late to class or practice? I’m pretty sure the professor just told you to take a seat, and your coach probably made you run a few extra laps. Unfortunately for Los Angeles Dodger Yasiel Puig, that didn't happen in his case.

ESPN reports Puig showed up late for batting practice and was told that he wouldn’t be able to play in Friday night’s game against their West Coast rivals, the San Francisco Giants.

Puig arrived halfway through practice thanks to a traffic jam. Although knowing this, Dodgers coach Don Mattingly still made the executive decision to sit Puig out for this game.

One of the team’s owners, Magic Johnson, told ESPN, “We have to remember, he's still young. So these things are going to happen. We don't want him late for games or anything like that. But I'm glad Don is doing what he's doing. He'll realize this is a golden opportunity for him and he has to just make the right decisions.”

Well, we’ll see how the Dodgers do against the Giants without Puig. And hopefully Puig learned his lesson.