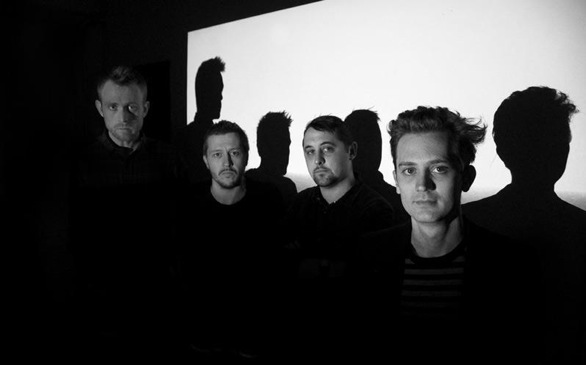 English instrumental post-rock outfit 65daysofstatic (also known as 65dos) doesn’t have the cachet of contemporaries such as Mogwai, Explosions in the Sky or Godspeed You! Black Emperor. What sets 65dos apart from its peers is the ability to construct engaging, melodic hooks and the use of digital elements, such as electronic drums and glitchy or airy keyboards, as an essential foundation.

With the 10th anniversary deluxe reissue of 65dos’ debut The Fall of Math, new listeners can discover the quartet’s electronic-laced post-rock.

The re-release (on both CD and vinyl) pairs 11 guitar-heavy tunes with a second disc of additional B-sides, a video for the single “Retreat! Retreat!” and the seven-track 2005 Hole EP.

Highlights include the aforementioned “Retreat! Retreat!,” energized by a searing riff, unleashed guitars and feverish drums and bass. Also a standout is “I Swallowed Hard, Like I Understood,” which showcases the band’s talent for balancing restraint with intensity.

While some remixes on CD 2 don’t have as much auditory impact, they effectively emphasize the foursome’s electronica influences.