Books to Get You Through Spring Semester: Take a break from your textbooks. 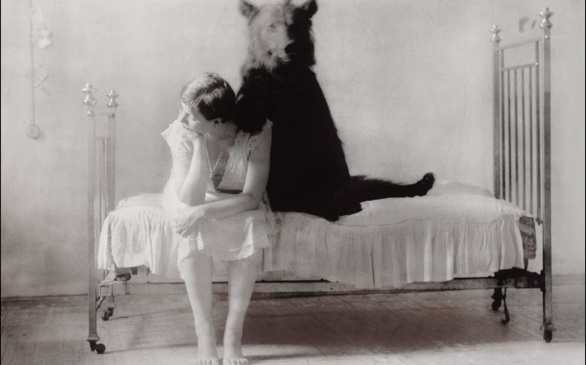 Off Course by Michelle Huneven.

Sour Grapes
The love's dark side is explored with aplomb in Jean Hanff Korelitz’s You Should Have Known, a tale of a female therapist who thought she knew it all only to find out she knows absolutely nothing. This story resonates with just about everyone.

Graphic Novel
The memoir in graphic form has come a long way, and Mimi Pond’s Over Easy is just as moving and visceral as Mary Karr The Liars’ Club. A coming-of-age story set in California in the ‘70s, Pond gives us a self-portrait filled with disco, punk, deadheads and all manner of interesting characters, swirling around an old school diner.

Food
Colman Andrews’ love affair with food seems to have begun at birth. In My Usual Table: A Life in Restaurants, the author parades around his passion, and you will be hard pressed to resist it.

Food lovers can rejoice with the publication of Ruth Reichl’s new novel Delicious. One of our most eminent and graceful writes on all things gastronomical, Reichl easily makes the jump to fiction, proving an ear for language that transcends categorization.

Fiction
Wish fulfillment in the form of 800 acres of sugarcane lands firmly in Charley Bordelon’s lap in Queen Sugar. Natalie Baszile’s story of redemption, personal history and the “new south” crackles with intention and family dysfunction.

Aaron Thier’s The Ghost Apple uses the detritus of university life – course catalogs, faculty meetings – on a fictional campus to great effect. Rife with troubles and Maggie Bell, beset with her own personal issues, Thier keeps the tone comedic and satirical.

Another book from a “Real Housewife,” this time a bonafide work of fiction, Carole Radziwill’s The Widow’s Guide to Sex and Dating is wry, insightful and ever so slightly wistful.

Love, and its intense grip, grab hold of Cressida Hartley and threaten to strangle her in Off Course. Michelle Huneven’s riveting novel about a woman struggling to choose between her future self and numerous distractions will resonate with anyone who’s looked for an escape hatch.

Back after her enormously successful bestseller Room, Emma Donoghue takes a different tack with Frog Music. This historical novel combines murder, San Francisco and a healthy dose of feminism to great effect.

Cool and fun, Conrad Wesselhoeft’s Dirt Bikes, Drones, and Other Ways to Fly turns 17-year-old slacker Arlo Santiago on his head. A video gamer nonpareil, Arlo’s skills catch the military’s eye, and his harmless hobby takes on a whole new meaning—one he’s not sure he is ready for.

The ballet’s treacherousness gains in altitude in Maggie Shipstead’s Astonish Me. As if the perils of anorexia, blisters and crushed self-esteem are not enough drama, this novel adds Russian defection and a mother’s protective instinct to the mix.

Memoir
Delve into the lost world of The Hare with Amber Eyes, and you won’t regret it. Edmund de Waal’s tale of his family’s lost fortune takes more turns than an Agatha Christie novel. The locations, including Paris and Vienna, are entrancing.

Chucking the big city for the simple life fills The Map of Enough with wonder and uncertainty. Molly Caro May’s bid for home and a sense of place center her in ways she least expected it to.

Leopards, lions and crocodiles filled Boyd Varty’s childhood, as told in Cathedral of the Wild: An African Journey Home. His tale of being raised on the Lodolozi Game Reserve in South Africa is thrilling, like living out a fairy tale.

Travel
For anyone planning a cheap trip to Europe this summer, look no further than the Lonely Planet travel guides. Bursting with tips for traveling on a shoestring, they offer books for cities, countries and even regions. It’s everything you need to plan and explore.

An awesome writer who was rediscovered by director Wes Anderson and used to great effect in The Grand Budapest Hotel, Stefan Zweig’s personal accounts of Europe sparkle with intelligence. The World of Yesterday evokes nostalgia and wonder for a place and time that are long gone, disappearing even as the author wrote the words.

Fright
Very loosely based on the true story of a bear attack, Claire Cameron’s novel takes this tragedy one step further by adding two small children. In The Bear, a 5-year-old and 3-year-old witness the mauling of their parents on a camping trip and must summon an inner steel to find their way back to civilization.

Science
Sometimes the mind seems as mysterious as the universe. James H. Fallon puts that into perspective with The Psychopath Inside: A Neuroscientists Personal Journey into the Dark Side of the Brain. Riveting.

Obamacare has thrown many for a loop. Ezekiel J. Emanuel attempts to be heard through all the noise in Reinventing American Health Care. His analysis and predictions for the future are informed, bold and surprisingly comforting.

Entertainment
Take your creative ideas seriously, and read Dean Silvers’ Secrets of Breaking into the Film & TV Business. This how-to guide is easy to read and practical with nuts and bolts advice on achieving your dreams.

“The Sopranos” forever changed the landscape of television, and a large part of that is due to James Gandolfini’s soulful performance as Tony. Dan Bischoff’s biography, James Gandolfini, gets at the man behind the star.

The Internet killed the video, which killed the radio star. Michael Z. Newman revisits the birth of a medium in Video Revolutions, an invaluable resource.