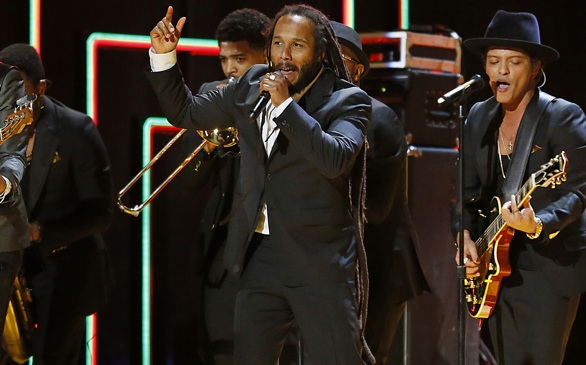 It has never been Marley’s thing to just emulate his late father. However, on Fly Rasta, fans of both singers will hear echoes of Bob in the classic reggae sing-alongs “I Get Up” and “Moving Forward,” as well as in “Fly Rasta.” Here, old-school toaster U-Roy duets with Marley, singing lyrics that are meant to encourage Rastafarians to step out from the social oppression they’ve experienced in Jamaica for so long.

Mostly though, Marley’s tone is not overtly political. Songs like “So Many Rising,” sung to acoustic guitar and hand drum accompaniment, offers a folky message of hope straight out of the hippie flower-power era.

He also sings an interesting and hook-filled paean to his wife Orly in “You’re My Yoko,” likening his relationship with her to the late John Lennon's relationship with his wife, Yoko Ono. In a bit of a departure for Marley, the song also includes a sitar solo that rings very Beatles-esque.

Whether playing in a full-on reggae style or just doling out hints of Jamaica, Marley hits his groove on every single song on Fly Rasta, an effort that’s likely to quickly be pegged as the star’s best album to date.