'Game of Thrones' Gets Renewed for 5th, 6th Seasons 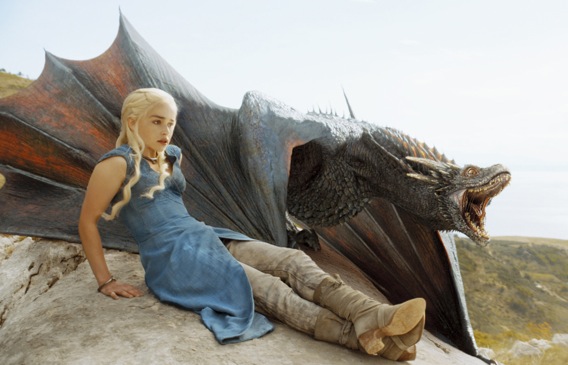 Don't think you'll get enough bloodshed, betrayal, sex and dragons after "Game of Thrones": Season 4 is done airing? Well, don't fret -- you can expect to get at least two more seasons of this captivating series!

HBO has renewed its popular series "Game of Thrones" for a fifth and sixth season, confirmed HBO president Michael Lombardo on Tuesday, according to a press release.

Based on the bestselling fantasy book series by George R.R. Martin, "Game of Thrones" is all about treachery and nobility, as kingdoms and families fight for the throne in Westeros. The series has earned multiple Emmys and Golden Globes.

Season 4 premiered Sunday night and pulled in an average of 6.6 million viewers, making it HBO's most-watched program since "The Sopranos" finale in 2007.

"'Game of Thrones' is a phenomenon like no other," said Lombardo.

Yes, indeed it is.