8 Shows You're Probably Not Watching But Should Be: 'The Walking Dead,' 'GOT' & 'Scandal' are great – but see what else is out there!

By Diego Girgado and Blanca Palacios 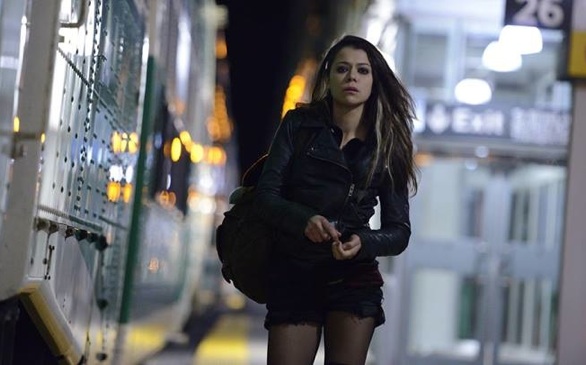 'Orphan Black' focuses on Sarah, an orphan who has always lived the life of an outsider.
(Credit: Facebook)

As college students, we rarely get a chance to sit down, relax, eat popcorn and indulge in our guilty-pleasure TV shows. Well, this semester make sure you cuddle up on your couch, sit in front of your flat (or laptop) screen, and tune in to this spectacular lineup of shows we recommend for you.

“The Challenge” on MTV (Thursdays at 10 p.m.)
If you haven’t seen or heard of this show already, you are seriously missing out. This hour-long reality series has the right balance of drama and action-packed competitions to satisfy any viewer. Another good thing about "The Challenge" is that you can start watching any season and not be completely lost with what is going on within the plot.

Its 25th season will air April 10 with the big twist that no one expected; this season’s theme will be ‘Free Agents,’ meaning there are no teams! Fan favorites will return, and new rookies will be in for an one-of-a-kind experience. How will this turn out, and most importantly, who will take home all that cash? I guess you have to tune in and see for yourself.

“White Collar” on USA (Thursdays at 9 p.m.)
Let’s face it: a show’s lead character has to be HOT. And well, who’s hotter than Matt Bomer?

“White Collar” is filled with detective jargon and witty banter that will surely have you hooked by the first episode. Admittedly, a plot about an ex-convict-turned-detective sounds sort of cliché, but this show is certainly nothing like anything you’ve watched before. It constantly keeps you guessing and on your toes.

The show is currently in its fifth season, but who hasn’t binge-watched a show on Netflix, right?

“Bates Motel” on A&E (Mondays at 10 p.m.)
A prequel to Alfred Hitchcock’s Psycho, “Bates Motel” takes a classic and turns it into a TV show that is a contemporary must watch. The plot line follows lead character Norman Bates through his youth and development into his iconic role in Psycho. We see that having a mother as an only friend had an immense effect on Norman's adolescence.

This eerie drama just launched its second season, so you still have time to catch up. You can find its first season located conveniently within the Netflix directory.

“True Detective” on HBO (Sundays at 10 p.m.)
What’s better than spending Sunday night watching “True Detective?” This HBO crime drama is swiftly becoming a guilty pleasure for all viewers. With big name stars like Academy Award-winner Matthew McConaughey and Woody Harrelson as the leads, who wouldn’t want to stare into their TV for an hour watching homicide detectives pursue a Louisiana serial killer.

“True Detective” just finished its first season. However, it only has eight episodes, so it'll be a breeze to catch up on all of the action.

“Orphan Black” on BBC America (Season 2 premiere April 19 at 9 p.m.)
One of the most talked-about shows on the Internet right now is BBC America’s “Orphan Black.” Yes, this is a British-based show, but it's also a show college students will love. It’s so addicting, you’ll probably finish the entire first season in just a few days!

Anyway, the main character is 28-year-old Sarah Manning, an unemployed woman with a young daughter named Kira and a violent, drug-dealing boyfriend named Vic. Within the first two minutes of the series, Sarah steals the identity of a recently deceased detective and finds out she is one of multiple clones being killed by an unknown assailant. As the season continues, more secrets are revealed. This show will keep you guessing until the finale.

“Switched at Birth” on ABC Family (Summer premiere June 16 at 8 p.m.)
This show is about two high school girls who found out they were switched at birth. Bay Kennish was raised in a rich, upper-class family, whereas Daphne grew up in a rougher neighborhood and only had her mother in her life. Also, Daphne became deaf after an ear infection was left untreated. The two girls come from two different worlds, and they have to readjust their lives to become a family.

This series might be marketed for teens, but the messages this show addresses are hard hitting, compelling, emotional and heart breaking. If you haven’t watched the show before, catch up on Netflix.

“Resurrection” on ABC (Sundays at 9 p.m.)
This ABC show captivated American audiences with a strong series premiere that drew in 15.7 million viewers. In a small town, previously deceased residents are coming back to life. Because of this unexplained miracle, people are asking questions.

After watching the first episode, you’ll be hooked. The series is only a couple of episodes in, but the plot keeps getting deeper and deeper. Check out “Resurrection” if you enjoy mystery dramas with dynamic twists and turns that leave you wanting more.

“Orange is the New Black” on Netflix (Season 2 premiere June 6)
The series focuses on Piper Chapman, who was sentenced to 15 months in a women’s federal prison for transporting drug money to her former girlfriend, Alex Vause. Watch Piper as she struggles with prison food, sexual harassment and unwanted advances from other inmates.

Although “Orange is the New Black” contains serious subject matter, it is done in a brilliantly funny way that will leave you laughing. The Season 2 premiere isn’t until this summer, but you can watch Season 1 on Netflix, of course.