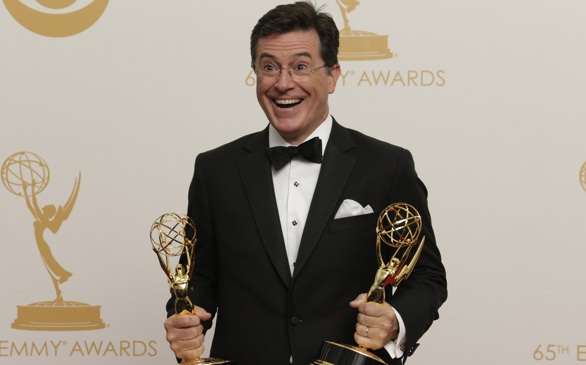 CBS has confirmed the speculation that Stephen Colbert will be the new host of the "Late Show" once David Letterman steps down next year.

Letterman announced recently that he would be retiring after 33 years working in late-night television.

Colbert is the host of the popular Comedy Central Show “The Colbert Report,” which pulls high ratings in the much-coveted younger demographic. On his program, the comedian takes on a persona, using it as a strategic satirical tool.

When he begins at the "Late Show," he will drop the character, so the real Stephen Colbert will presumably be the one hosting the show (though the network has yet to announce what creative elements will go into the production).

CBS also announced its desires to let whoever they hire as a star have as much creative input as possible and let him take the reigns.

The new host will enter into a five-year contract with the network, though his current contract with Comedy Central will expire at the end of the year.