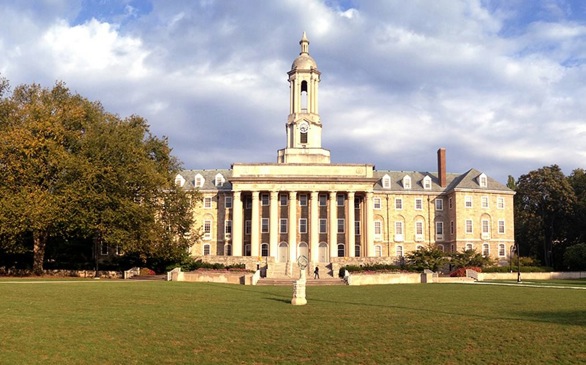 Three students at Penn State University have been charged in connection with a stabbing after police found two victims who were suffering stab wounds in their backs, reports Philly.com.

The two victims, both 22-year-old males, were from a different college visiting the campus for the weekend.

Both victims were released from the hospital, and Penn State students Brandon D. Frick, Robert W. Donaldson and William D. Stranburg have all been charged.