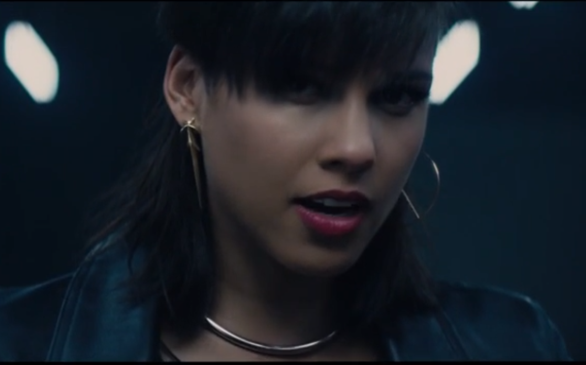 Alicia Keys brings her musical talents to The Amazing Spider-Man 2 with new song, "It's On Again." The new music video for the track released Monday.

The song, featuring rapper Kendrick Lamar, details a hero's struggles and duties: "I am a lonely hero, trying to fight my battles/Life likes to blow the cold wind, sometimes it freezes my shadow."

Clips from the upcoming The Amazing Spider-Man 2 movie infiltrate the video, as well as appearances from Lamar, Pharrell Williams and Hans Zimmer, who all wrote the track with Keys exclusively for the film.

The Amazing Spider-Man 2 hits theaters May 2, 2014, and the soundtrack will be available on Tuesday, April 22. However, you can download "It's On Again" on iTunes now!

Blog
Bad Bunny to fight The Miz at Wrestlemania
485 views

Blog
Even after backlash from ‘insane conservatives,’ Cardi B makes music history with ‘Up’
327 views