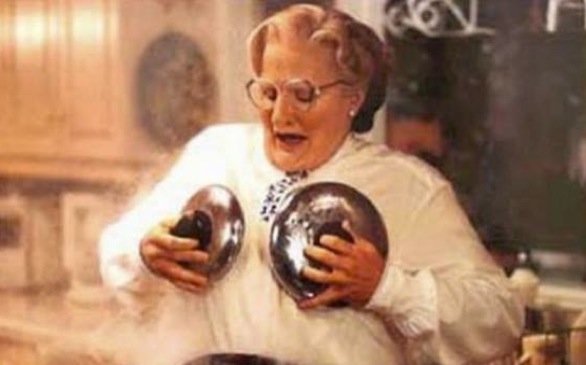 Every '90s kid should remember the hilarious cross-dressing nanny known as Mrs. Doubtfire. We laughed when she (well, he) danced with the vacuum cleaner, got her chest caught on fire and performed the Heimlich maneuver on the very handsome Pierce Brosnan.

Now, we get to see our favorite nanny return in an upcoming sequel.

According to the Hollywood Reporter, Fox 2000 is working on making the second installment happen with director Chris Columbus, writer David Berenbaum (Elf) and star, Robin Williams.

In the original 1993 film, Williams plays a father who disguises himself as a nanny so he can spend time with his three children after he loses custody over them while going through a divorce with their mother.

However, Wilson, who played the youngest daughter in the film, has already shot down the idea of starring in a second installment. She tweeted there are many reasons why she doesn't want to be in the Mrs. Doubtfire sequel.