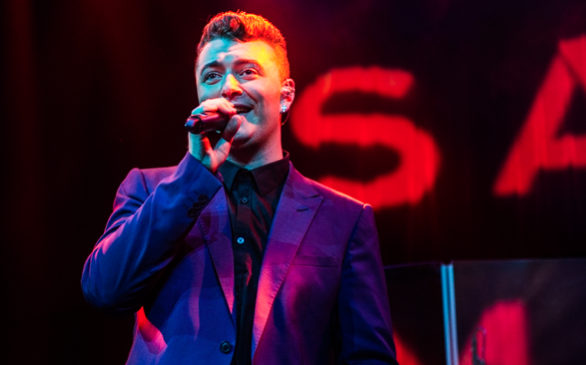 Smith began his set singing off stage, getting the crowd ready and hyped before he walked onto the stage in front of the screaming girls. As I watched the ladies in the audience holler, clap and swoon over the English singer-songwriter, I couldn't help waiting for some of them to throw their clothes onstage. They absolutely loved him.

And Smith and his band seemed just as happy to be there. Between songs, he beamed as he spoke about their adventures in the City of Angels. They had gone to the beach, and their sunburns were their trophies of touring in California.

He also told that audience he and the band played the Troubadour a few months ago, and while that was a blast, they were thrilled with the size of the crowd at this Downtown L.A. theater. It was perfectly clear that they are enjoying their tour and their well-deserved post-"SNL" debut success.

The 21-year-old and his band are now winding down their tour and returning to Europe in the next couple of weeks. If you have the chance to see him live, go. But if you can’t make it to a show, have his music on standby for a romantic night in.