Story Lines Run Deep in NBA Playoffs, as Should the Clippers 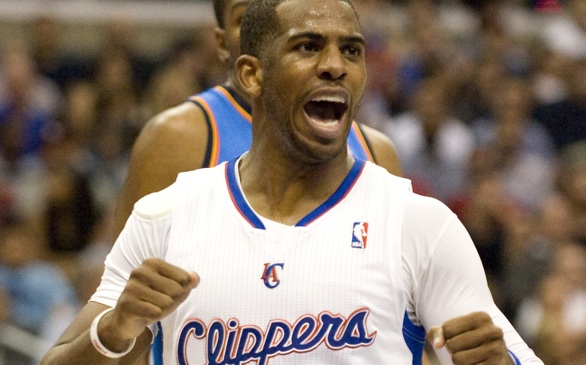 It's springtime in Los Angeles, otherwise known as the season when the Clippers march merrily into the playoffs and the Lakers conduct exit interviews.

OK, so maybe this isn't exactly an annual occurrence.

The Lakers haven't missed the playoffs during a season in which the Clippers qualified since 1975-76, when the Clippers were located in Buffalo and the Lakers somehow finished two games below .500 with a roster that included Hall of Famers Kareem Abdul-Jabbar and Gail Goodrich.

These are strange times indeed when the Clippers' coach is plotting possible championship parade routes and his Lakers counterpart is mulling which moving company will pack his belongings if he's fired. Bekins? Atlas? United Van Lines? There's just so many choices.

Of course, the Lakers and Clippers are not the only fascinating playoff story lines this week. Miami will begin its quest for a third consecutive championship. Oklahoma City's Kevin Durant will try to show he's overtaken the Heat's LeBron James as the game's best player. Golden State Coach Mark Jackson will try to keep his job.

As teams prepare to open the playoffs Saturday and Sunday, here are the eight most vital questions:

Will the Clippers make the deepest playoff run in franchise history?

Cynics point to this team having only one more regular-season victory than the version that lost in the first round last season, but the similarities end there. DeAndre Jordan is focused. Blake Griffin is clutch. Doc Rivers is here.

You couldn't say any of that a year ago.

Here's betting the Clippers get past Golden State in six games and Oklahoma City in seven, advancing to the Western Conference finals for the first time before falling to San Antonio.

What would be the most riveting Finals matchup?

Lakers-Celtics is always a rush, so we'll go with that.

Oh, you mean among teams that actually made the playoffs?

Miami versus Oklahoma City would be as good as it gets. Durant would receive the Finals do-over most thought he would get last season before Russell Westbrook's knee gave out.

James would get a chance to prove he remains an unmatched talent even though he's widely expected to finish behind Durant in voting for the league's most valuable player award. Plus there's that little story line about the Heat trying to become the first team to three-peat since the Lakers from 2000-02.

Which Finals matchup would trigger a Doomsday Machine inside the offices of ABC executives?

Memphis-Indiana. Memphis has the nation's 50th-largest television market, according to the latest Nielsen ratings, while Indianapolis ranks 26th. Talk about viewership grit and grinding to a halt.

What are the chances San Antonio can win it all one year after its Game 6 meltdown in the Finals?

Fairly good. The Spurs actually match up better with Miami than they do super athletic Oklahoma City, so if they can avoid the Thunder it's more than plausible that Kawhi Leonard and Manu Ginobili make their free throws in the final 28.2 seconds this time and Coach Gregg Popovich leaves Duncan in the game to grab the title-clinching rebound.

Which coach has the most to lose if his team doesn't get out of the first round?

Golden State's Jackson is probably the only coach in danger of being fired if his team can't win at least one series.

Part of this is attributable to the perceived regression of the Warriors, who were the darlings of the NBA last spring when they advanced to the conference semifinals. They obtained the same No. 6 seeding this season amid reports of dysfunction within Jackson's coaching staff after he reassigned one assistant to the Development League and fired another.

Truth be told, Jackson should be celebrated for becoming the first coach to guide the Warriors to the playoffs in consecutive seasons since Don Nelson in 1990-91 and '91-'92.

A Clippers championship would trigger a collective yawn for a franchise with 16 titles, though it might prompt a few more boos whenever Chris Paul shows up at Dodger Stadium.

A San Antonio title wouldn't go over well with Kobe Bryant because he likes having more rings than Tim Duncan.

But the ultimate worst-case scenario for the Lakers would be Dwight Howard, a.k.a. Mr. Smiley Face, getting to goof around with the Larry O'Brien Trophy one year after straying from Los Angeles.

Bryant would go apoplectic, possibly blocking Howard on Twitter one year after he unfollowed his former teammate.

What's Metta World Peace up to since he won't be participating in the postseason for the first time since 2008?

"Guys, cheer for me," World Peace wrote. "I just got hired as a pilot stewartest. I fly, then put it in cruise control and serve drinks. Fly with me."

Who makes a bigger impact in the playoffs, Greg Oden or Andrew Bynum?

Depends. Is neither an option?

Miami signed Oden to bolster its inside presence against Indiana's Roy Hibbert.

The Pacers countered by signing Andrew Bynum in the race to stockpile hobbled 7-footers.

Oden has played sparingly because of everlasting concerns about his knees, averaging 9.2 minutes in 23 games. That's actually better than Bynum, who appeared in only two games with the Pacers before being sidelined by fluid buildup in his knees. It remains unclear whether he can participate in the playoffs.

If Bynum sits out but keeps his mouth shut, that could qualify as a push for the Pacers.