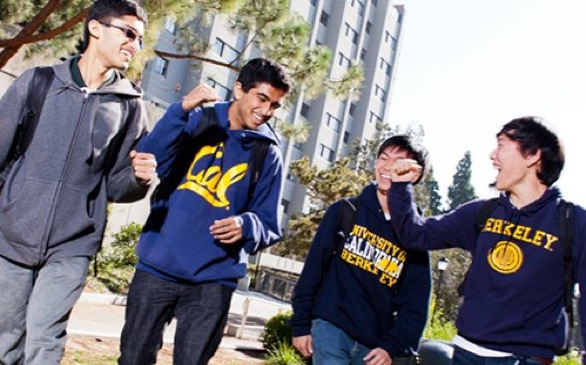 California high school seniors had a slightly easier time this year in winning a freshman seat somewhere in the University of California system, according to a report released Friday.

But it became noticeably more difficult at the most coveted campuses, such as UCLA, UC Berkeley, UC Irvine and UC San Diego, the report stated.

The share of California applicants who were offered a space on at least one of UC’s nine undergraduate campuses was 61.2%, up from 60.6% last year, the UC statistics showed.

Overall, the number of in-state applicants increased by 758, or less than 1%, from last year.

Students from outside California pay much higher tuition than state residents do. Asian Americans once again comprised the largest ethnic group among students admitted to at least one UC campus: 36.2%. Latinos were 28.8%, whites 26.8% and blacks 4.2%.